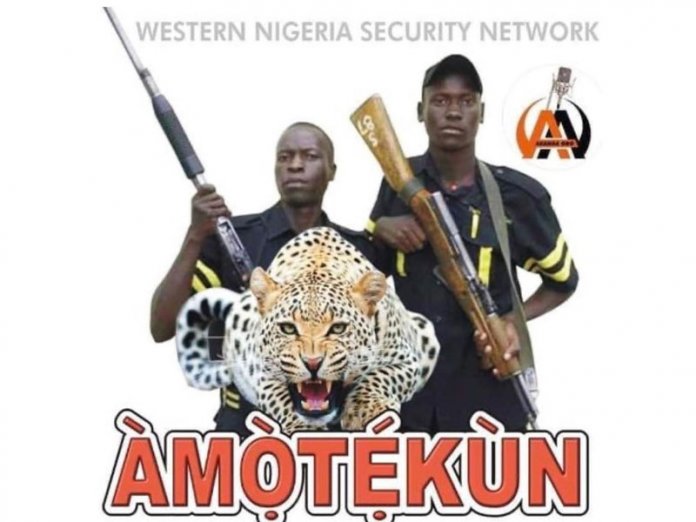 Amotekun Corps Recruitment 2020 has begun. The government of Ekiti state Security Network codenamed, Amotekun Corps has commenced 2020 recruitment of personnel for the security network in the state.

Following the passage of the state Security Network Bill by the state House of Assembly, the state Governor, Kayode Fayemi, had in March signed into law the bill backing the establishment of the network aimed at ending the scourge of kidnappings, killings, marauding herders’ activities and other heinous crimes in the state.


Speaking with journalists in Ado-Ekiti, the state capital, yesterday, the Amotekun Corps Commander, Brig- General Joe Komolafe(rtd), urged qualified persons in the state between the ages of 18 and 60 with the minimum qualifications of Primary School leaving certificate to apply online at Amotekun Corps Recruitment 2020.

He said each applicant would be required to get a letter from their traditional rulers affirming their indigeneship of the community and character, revealing that people with questionable behaviours would not be part of the corps.

Komolafe explained that the process would be devoid of politics and any form of inducement, saying the best and most suitable applicants would be enlisted for the security network.

The corps commander added that he got the mandate of the governor to supervise the network as a result of his proven track records and integrity, calling on politicians to steer clear of the recruitment process.

According to him, “We have started the recruitment process. I want to say that everyone who will work in this corps will be one not involved in any crime or unworthy act.

“Our traditional rulers will play a key role in this regard as these applicants will need attestation letter from them to confirm whether they are from the community and never involved in any form of criminality.

“There won’t be room for politicians in this regard, and the governor has told me that he will give me a free hand to do this very important job and achieve the desire results of securing Ekiti State.”

“I won’t allow any politician to compromise the standard set for the security outfit, and I can assure you that we will not allow politics to derail us.”

Komolafe maintained that the establishment of Amotekun Corps was a child of necessity to checkmate the scourge of insecurities ravaging South-west states, assuring residents that the corps would be above board in securing the state.

He, however, called on residents to support the security outfit in their communities with accurate and timely information, noting: “This is our own security operation and it must not fail.”

We would update here on our blog as soon as the Amotekun Corps Recruitment 2020 online portal is available, kindly visit us regularly, or leave a comment with your email address to get updates.