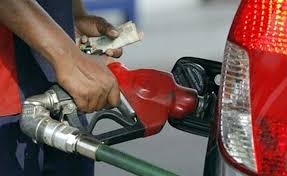 Federal Government raises petrol price to N140 per litre.  I seem to remember the apc shouting that pms should be sold for as low as N45/ltr. They said subsidy was a scam. They even said the decrease from N97/ltr of pms to N87 was political. Now, they claim they’re on under-recovery. So it’s no longer good for N121.50 again?

According to the agency, the recommended petrol retail band for a litre of petrol is now between N140.80 and N143.80.


“Please recall the provision for the establishment of a monthly price band within which petroleum marketers are expected to sell PMS at the retail stations, based on the existing price regime,” the statement seen by TheCable on Tuesday read.

“After a review of the prevailing market fundamentals in the month of June and considering marketers’ realistic operating costs, as much as practicable, we wish to advise a new PMS pump price band of N140.80 – N143.80/litre for the month of July 2020.”

He also advised all petroleum marketers to operate with the price band advised by the agency.

The federal government, in March, announced that the retail price of petrol would be adjusted monthly to reflect realities in the global crude oil market.

The pump price was fixed at N125 per litre in March and was reviewed downwards in April to N123.50.

In May, only the ex-depot price was reviewed downwards to N108 and the retail price was adjusted to N121.50 in June.