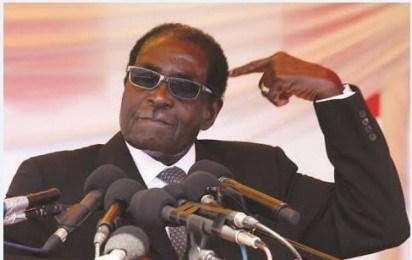 Robert Mugabe, Zimbabwe’s first post-independence leader, has died at the age of 95.

Mr Mugabe was ousted from power in a military coup in November 2017, ending his three-decade reign.

But the hope that accompanied independence in 1980 dissolved into violence, corruption, and economic disaster.

President Mugabe became an outspoken critic of the West, most notably the United Kingdom, the former colonial power, which he denounced as an “enemy country”.

Despite his brutal treatment of political opponents and his economic mismanagement of a once prosperous country, he continued to attract the support of other African leaders.

Robert Gabriel Mugabe was born in what was then Rhodesia on 21 February 1924, the son of a carpenter and one of the majority Shona-speaking people. Educated at Roman Catholic mission schools, he qualified as a teacher.

Winning a scholarship to Fort Hare University in South Africa, he took the first of his seven academic degrees before teaching in Ghana, where he was greatly influenced by the pan-Africanist ideas of Ghana’s post-independence leader Kwame Nkrumah. His first wife Sally was Ghanaian. In 1960, Mugabe returned to Rhodesia.


At first, he worked for the African nationalist cause with Joshua Nkomo, before breaking away to become a founder member of the Zimbabwe African National Union (Zanu).

In 1964, after making a speech in which he called Rhodesian Prime Minister Ian Smith and his government “cowboys”, Mugabe was arrested and detained without trial for a decade.

His baby son died while he was still in prison and he was refused permission to attend the funeral. In 1973, while still in detention, he was chosen as president of Zanu. After his release, he went to Mozambique and directed guerrilla raids into Rhodesia.

During the tortuous negotiations on independence for Rhodesia, he was seen as the most militant of the black leaders and the most uncompromising in his demands.

On a 1976 visit to London, he declared that the only solution to the Rhodesian problem would come out of the barrel of a gun.

Tips On How to Make Money Online with Google in Nigeria