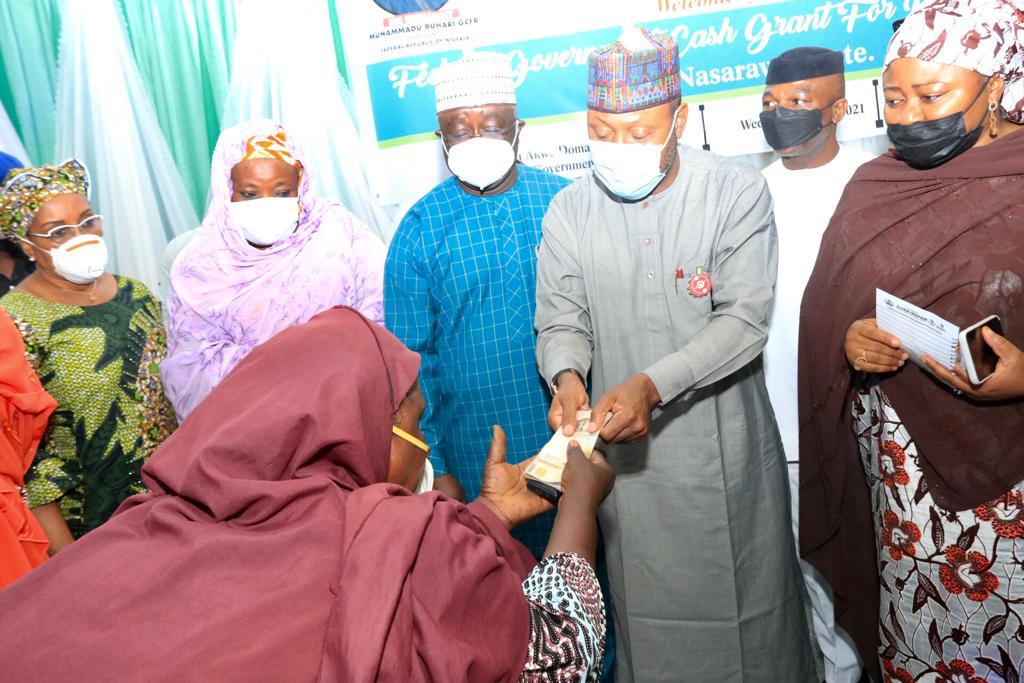 The FG Special Cash Grant for Rural Women has been launched in Kebbi state with more women with disabilities benefiting from the Program. The Minister of Federal Ministry of Humanitarian Affairs, Disaster Management and Social Development.

FMHADMSD made a symbolic presentation of N20,000 to more than 30 women with disabilities in Birnin Kebbi today.


In her opening remarks, the minister noted that indigenes of Imo state were also beneficiaries of the Conditional Cash Transfer of which 11,697 Poor and Vulnerable Households were enrolled, the N-Power programme, Home Grown School Feeding and the Government Entrepreneurship Empowerment Programme.

“President Muhammadu Buhari’s Administration has paid more attention to protecting and promoting the plight of the poor and vulnerable persons in the country since 2015 and 150,000 are expected to benefit from its special grant to rural women in all the 774 local government councils in the country.

“Since the inception of the National Social Investment Programme as a strategy for enhancing the social inclusion of the most vulnerable segments of our society, the lives of many poor and vulnerable persons in Nigeria have been impacted positively. Many such people have had a complete turn around in their lives.

Therefore, I am delighted to have you all converge on this venue for the purpose of flagging off the Federal Government’s cash grant for Rural Women which is one of the numerous social interventions of President Muhammadu Buhari’s government, aimed at uplifting the most vulnerable groups out of poverty”.

The minister explained that the aim of the special grant is to deliver timely and accessible cash transfers to beneficiary households which will lead to improved household consumption, utilization of health and nutrition services, and Improved school enrolment and attendance amongst others.
She charged them to use the money to start small businesses which will encourage self reliance and a sustainable livelihood.

Earlier, the special adviser on SDGs and Humanitarian Services to the Governor of Imo state Princess Christina Udeh stated that the Minister’s visit was a testimony to her attachment to issues concerning the economic well being of Imo state including people living with disabilities and the poorest of the poor in the rural communities.

“The Federal Government’s Special Grant for Rural Women will reduce poverty, prevent the vulnerable from falling further down the poverty line, and build resilience to withstand shocks and risks.
“The Minister is also here to mark the International Day of People with Disabilities and to disburse a one-off grant of N20,000 each to some indigent rural women to invest in some trades which will result in a change in their lifestyles and behaviour”.

Minister Umar Farouq later handed over cash to some rural women who expressed happiness and thanked President Buhari for the initiative.