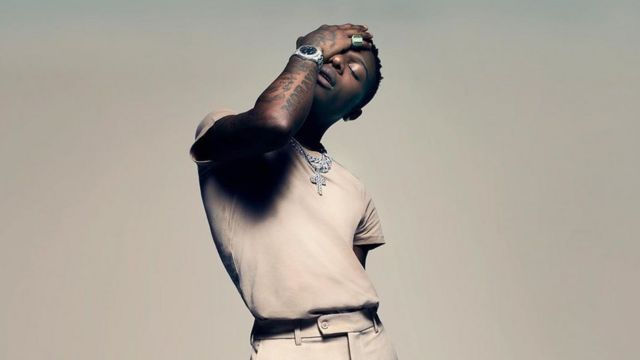 Nigerian Superstar, Wizkid has finally release a hit tracklist for his highly anticipated album, Made in Lagos.


What to know about the album?

The album contain fourteen songs and have collabos from Nigerian artists like Burna Boy, Tems, and Tay Iwar.

He also collaborates with some international stars like Damien Marley, H.E.R, Skepta, Prpojexx and Ella Mai.

The album art he showcased in September 2020 is not the same he is launching the songs with.

The new album art carries photo of Wizkid that covers one side of his face with hand displaying ring that has a Nigerina flag.

Wizkid first announce the album in October 1st, 2018 and December of that same year, he did concert in Nigeria, Made In Lagos Festival but instead, he dropped two singles, Fever and Master Groove.

On June, 2019, twitted about how Made In Lagos will be the best album he has ever released but yet unknown to his fans.

On 25th September, Wizkid release Smile that feature R&B star, H.E.R that is single from the Made In Lagos he dedicate to his kids.

He has promised to drop the album, on October 15th but later shifted the date due to the #EndSars protests happening at that time.

Fans are anticipating for the album as Wizkid said it will drop by 11:11 pm on Thursday.

Good news! The album Made in Lagos by Wizkid mp3 is now out!

The album has climbed the Apple chart list and has topped first among other popular songs.


Related Topics:featured
Up Next