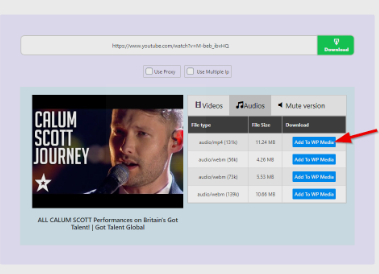 Unlike other downloaders available in markets , this plugin allows you to create a fully customized “downloader website” because of the WordPress platform.you can choose a free template from WordPress Directory , install Elementor plugin to customize your template and simply insert WSMD plugin shortcode in your customized template and lunch your website.

Contents hide
1 How to install WSM Downloader Plugin
1.1 Upload via WordPress Admin
1.2 Upload via FTP Server
2 How to Config plugin settings
2.1 Shortcode
2.2 Style Options
2.3 Settings
3 How to show “download form”
3.1 Preparing download links ...
4 How to use Admin Downloader
5 How to Translate plugin
5.1 Follow these steps :

How to install WSM Downloader Plugin

if you are not familar with wordpress installation please follow this article. WordPress Installation.

In some cases, your WordPress hosting provider may have file restrictions that could limit your ability to install a plugin from the admin area. In this situation, your best bet is to install the plugin manually using FTP.The FTP manager method is the least friendly for beginners.

if you are not familar with FTP Clients please follow this article. 6 Best FTP Clients

How to Config plugin settings

How to use Admin Downloader

How to Translate plugin

All done, now you have the plugin strings translated to another language.

AWOOF! Mobile Network Introduce Stay at Home Mobile Data – How to Activate Yours!

Igbo leaders have commended Governor Ifeanyi Ugwuanyi of Enugu State, for his accomplishments in the areas of peace, good governance and the recent state’s economic rating.

Speaking when the leaders visited Gov. Ugwuanyi at the Government House, Enugu, the President-General of Ohanaeze Ndigbo, Chief Nnia Nwodo, applauded the governor for the recent rating of Enugu as one of the six economically viable states in Nigeria that can survive without federal allocations.

Chief Nwodo, who was accompanied by the Obi of Onitsha, His Royal Majesty, Igwe Nnaemeka Alfred Achebe and Chief Emmanuel Iwuanyanwu, added that Enugu was the only state in the South East geopolitical zone to accomplish such an outstanding feat.

He disclosed that they were at the Government House, Enugu on a routine consultation “we are having with our governors on matters of Igbo concern”.

The Ohanaeze President-General revealed that they appraised the developmental issues in Igbo land and took brief on Gov. Ugwuanyi’s budget priorities in the areas of digital education, health, infrastructure, security, among others “and we are pleased with what he told us”.


The Igbo leaders expressed delight that the governor has maintained a peaceful atmosphere in Enugu State, and has equally reduced political differences to the barest minimum that there is no more issue of bickering or quarrel.

NEWS:  Your large heart will always stand you out for recognition – Buhari tells Okorochas

According to Nwodo, “we have listened to the governor about things he has done to make Enugu remain peaceful and to ensure that the people of the state live in peace, and we commend him for what he has done to earn Enugu the enviable status as one of the most peaceful states in Igbo land and Nigeria.

The goal of the AgriPitch Competition and DealRoom is to promote innovation and entrepreneurship in agriculture among youth in Africa and to generate jobs, create wealth and improve livelihoods through inclusive growth across the continent.

African companies that meet the criteria below are encouraged to submit their deal information for review by the Bank’s and Asoko Insight’s data teams. Qualified businesses will be promoted through the Asoko portal to global investors for matching. Interested investors can match with any deal by registering their profile and selecting target deals.

READ ALSO: Why Buhari Govt Is Supporting MSMEs With A Survival Fund – Osinbajo

The African Development Bank is a leading multilateral development finance institution. The Bank has 81 member countries and is headquartered in Abidjan, Céte d’Ivoire.

Further details regarding specific eligibility is found on the bottom of this page in the FAQ. Evaluation criteria for successful applications is also below.

Applicant Evaluation Criteria:
All applicants should consider this criteria carefully as they build out their profile for submission.

How to apply:
Are you ready to submit details on your investment opportunity? If Yes.

N-Power: Volunteers Should be Given Permanent Appointment-Senator Shehu Sani 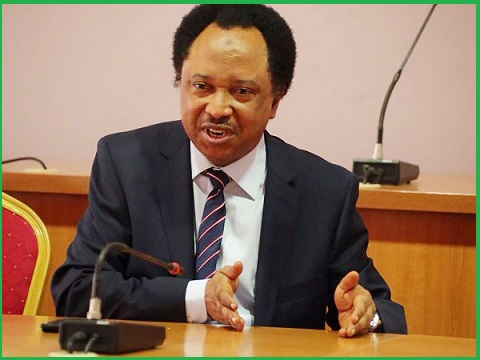 N-Power: Volunteers Should be Given Permanent Appointment-Senator Shehu Sani

See Transitioning Batch A & B: Psychometric Test Past Questions and Answers

N-Power: Volunteers Should be Given Permanent Appointment-Senator Shehu Sani:Formal Senator, Kaduna Central, Shehu Sani has raised issues begging for immediate attention. The enjoyed and advice the Federal Government to treat Npower Volunteers with respect and dignity


While advocating for better welfare for N-power volunteers, Senator Shehu Sani condemned the idea of disengaging volunteers who are law abiding

Shehu Sani also condemned the special treatment given to repentant bandits than the Nigerian youths serving under the N-Power scheme.

“when you give N30,000 to N-Power volunteers and you give houses, shops and farmlands to repentant miscreants, the former will join the latter” Sani added

He made this statement on his official tweeter handle after the Katsina Government promised to offer bandits farmlands, market stores and houses.

“lt would only embolden the bandits, encourage others to join and further escalate and worsen the situation in the north west and north central”, Sani Added