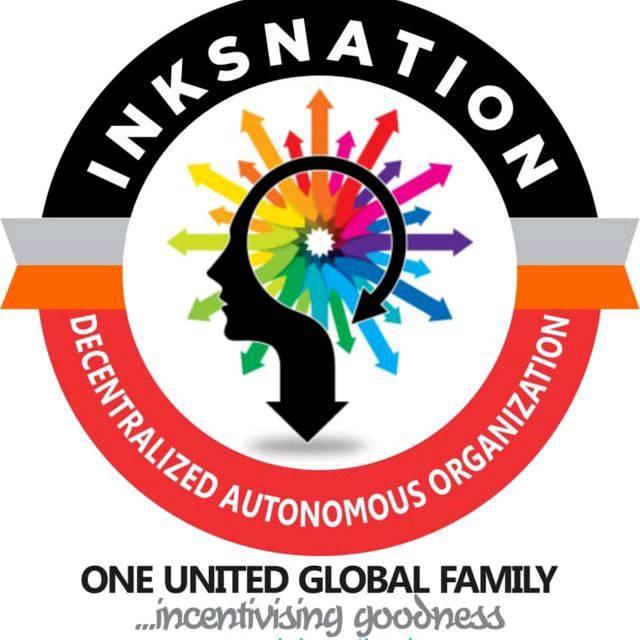 Our Native Reserve Coin called PinKoin will pay every single Nigerian, African and Human being on earth including babies born everyday a minimum of N120,000 ($330) monthly for life as UCBI (Universal Child Basic Income)

Why? Because, it is estimated globally that by 2025, 80% of jobs will be automated by machines and artificial intelligence. This will leave a lot of people jobless affecting African Nations the most. Humans are the biggest assets on earth, so our blockchain is therefore backed by human asset, which makes it possible to incentivise its valuer (you & I).

Instead of making humans compete with AI for jobs, we are proposing and building a new ecosystem where AI itself becomes our national & universal housemaids, servants and messengers while we the Human Assets live like Kings & Queens that God had programmed us to be.

InksLedger is the blockchain of the Inksnation’s Pinkoin.As mentioned earlier, InksLedger does not function as conventional blockchain technology do e.g Bitcoin, Litecoin, etc.Infact, it is not even built upon or modeled after any pre-existing blockchain.

Rather, InksLedger is to function as a first of its kind charitable blockchain that will be backed by human assets.This means that every human being that signs up with Inksnation becomes a living node on its blockchain.

As stated on its platform, it claims its project is not time-oriented rather target-oriented.That it is centered around making human asset investment the biggest and the best before 2025.

InksLedger proposes to use what it calls the Proof of Love consensus mechanism and Inkrestation (one united global family system of governance).

Major CMAs like 18million LN, 180million LN, and 1.8 Billion LNs
Most importantly, it claims to seek ways to make AI work for humans perpetually.It is still unclear how this will work or how transactions will be confirmed by these living nodes.

Just as every blockchain has its token, InkLedger has its own coin – the Pinkoin. Follow me to the next section to learn more about it.

Pinkoin is the brainchild of Inksnation. It is the native coin of the InksLedger. It being a native coin simply means that it will be used to make whatever payment that is to be made on InksLedger.

This is the same as in the case of Ethereum where Ether is used and that of NEO where Gas is used.

According to the team at Inksnation, this native reserve coin will pay everyone on earth (including babies born every day) salary for life.It is proposing a minimum of 4,000NGN daily and 120,000NGN will be paid monthly for life as UCBI (Universal Child Basic Income).

Thus, PKN can only be acquired from the Inksnation site.So, how does the brothers and sisters of Inksnation get a hold of Pinkoin? Just go to the next Topic below

All benefits are in Pinkoin(PNK)

Will get August 12th, 2020 benefits
(for those that registered before that date)

Usage of all funds in Pinkoin will be active by 12th November 2020.

Find other details about the plans in the table below.

When you have chosen a plan, you will go ahead and fill the Sign-Up form.After filling the form, you will then contact the person that introduced you to Inksnation and pay the correct amount.

If no one introduced you, account details to make payment will be provided for you.When payment has been made, send the proof of payment and your username to the person(or to the provided WhatsApp number).

The person will then activate your account using his/her Pinkard.Pinkard is a QR debit card that is issued to users on the platform.

It is used to register new members.When your account is activated, you will go ahead and set it up. You can even print your own Pinkard.

Also Read: How to Verify Your Wallet Without an Exchanger

Inksnation: How to Verify Your Wallet Without an Exchanger