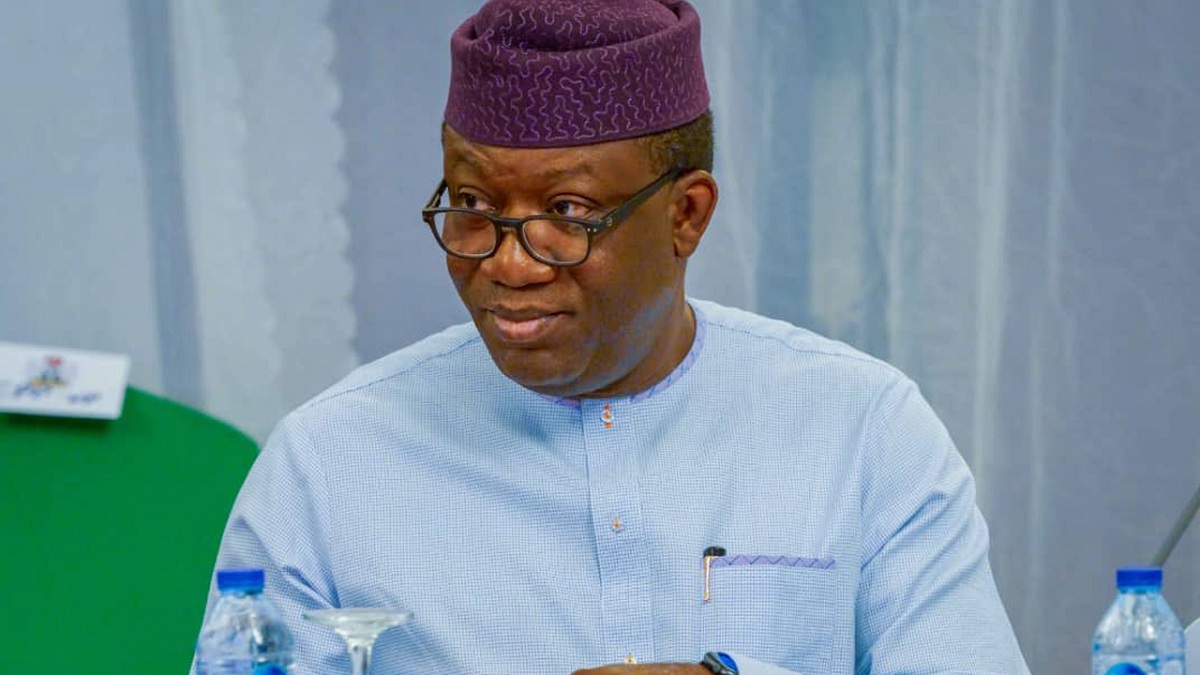 The Governor made the announcement on his Twitter page.

He said he is self-isolating and has dedicated critical task to his deputy.


He wrote, “I took my third Covid-19 test yesterday and it came back positive.

“I’m generally ok and I’m already self isolating at home and receiving the best of care from my medical team.

“I’m delegating critical tasks to my Deputy but will continue routine duty from home.”

Big Brother Naija is evil; we must Bring it down – CAN

The Minister of Health Dr Osagie Ehanire said Thursday that the resurgence of COVID-19 infection among health professionals is worrisome.The minister said this at the briefing of the Presidential Task Force on the Control of COVID-19 in Abuja.


“In Abia state, we have concluded the training of 594 Healthcare Workers from private and public health facilities on infection prevention and control. “We are currently investigating healthcare associated infection in a health facility in Kaduna State. Lessons learnt from this will be used to improve service delivery,” he said.The minister called on health workers to be more careful in handling cases to address the worrisome resurgence of the virus among them.”I encourage our health workers not to drop their guards as the pandemic is still with us. Use your PPEs appropriately and judiciously. We have ensured that PPEs are available in all our health facilities,” he said.

The minister also called on Nigerian youth youth to be more careful and take adequate precautions against COVID-19.“This pandemic has had its impact on our young people. As at yesterday, 46 percent of positive cases in the country are young people between ages 21-40. I will therefore appeal to our youths to take responsibility.
“Let us ensure that we adhere to the advisories to wear face masks appropriately, regularly wash your hands and ensure respiratory hygiene.“Our target remains to test one percent of our population across the country. As of today, more than 70 percent of all the tests conducted have been in nine states including Lagos, Kano, FCT, Plateau, Oyo, Kaduna, Edo Ogun Rivers with 25 percent of the tests in Lagos alone. We shall continue to work with state governments to ramp up case findings and sample collection activities,” he said.

The election will be held on September 19.

He expressed joy over the large turnout of supporters at the party’s campaign rallies.

Shuabu, while addressing supporters in his Ward 11, said: “With the crowd, I see here, this election is won by PDP already.”

He noted that the poll “is for the liberation of the people. The governor is bringing development closer to the people.”

“You people have been with me since when I was in the House of Assembly. Give me the same support and I will not disappoint you,” he said.

Governor Godwin Obaseki promised the people that they would not be betrayed.

“As a government, we must continue to pay salaries, pensions, and create employment. We won’t allow few people to distract us from achieving greatness,” he added.

The Nigeria Centre for Disease Control (NCDC) has disclosed that the low number of the COVID-19 cases in the country is due to the lesser amount of samples collected across the states.

Chikwe Ihekweazu, NCDC Director-General, stated this during the Presidential Task Force briefing on COVID-19 in Abuja on Thursday.

Ihekweazu, who was represented by Mrs. Elsie Ilori, NCDC Head of Surveillance and Epidemiology Department, stated that the testing labs were underutilized because the states were not collecting enough samples for the laboratory to test.

“As mentioned earlier since the Sallah break we have had some of our confirmed cases have been very low compared to what we’ll be having before, but this isn’t because the numbers are getting low but because we are not collecting enough samples.

“If you notice, the number of samples collected during Salah was very low, and we believe it was because of the festival season some labs even went on break, it should not have been.

“So we are working with the states to quickly address this so that we do not have this kind of situation again,” he said.

According to the Ihekweazu, we sometimes know when we look at stigmatization, people say they do not want to go to testing sites because they’ll be stigmatized.

“But I mean, this isn’t something to be ashamed of, we have just had an example amongst us, it can happen to anybody.

So, please let us come out and be tested.”