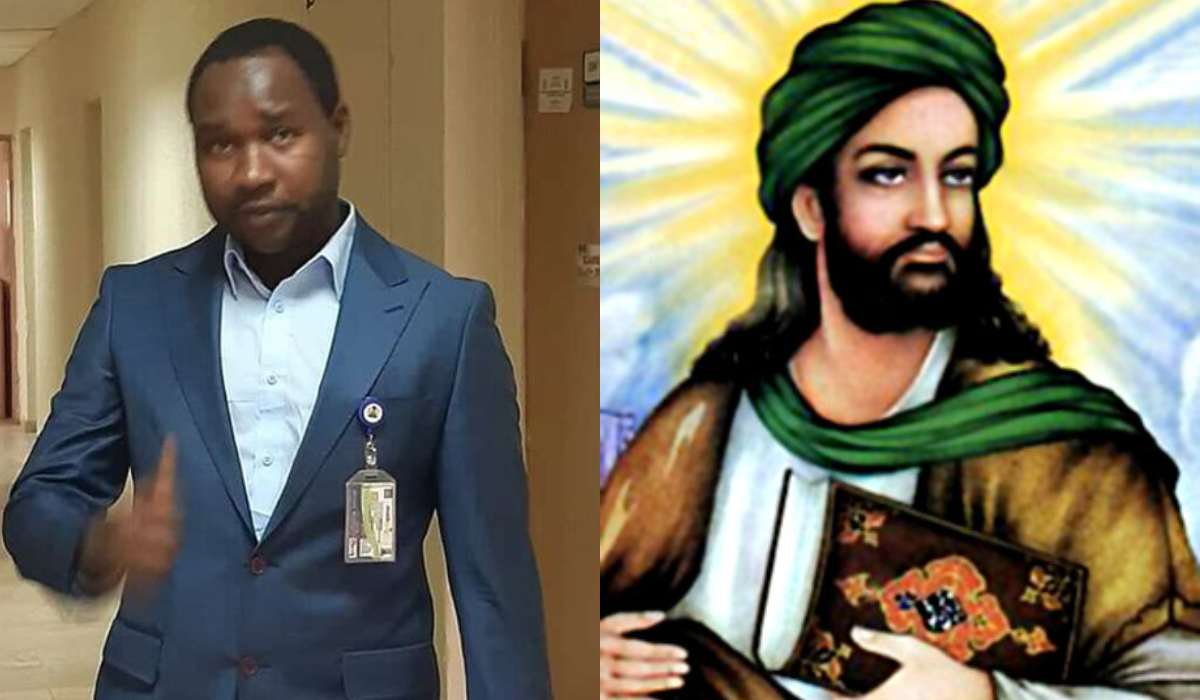 President of Humanist Association of Nigeria, Mubarak Bala, has been arrested by the police in Kaduna State for ‘insulting Prophet Muhammad’

Mubarak Bala was arrested after a petition by a group of lawyers to the Commissioner of Police in Kano State, to prosecute him for insulting Prophet Muhammad on his Facebook page.

Read Also: COVID-19: Summary of Buhari’s Speech on lockdown (No. 12 is Very Important)

The petition signed by one S.S Umar reads,

“We are submitting this complain against one Mubarak Bala of Layin Massalaccin Bilai, Karkasara quarters, Kano.


The said Mubarak was born and raised as a Muslim but for his own personal reason decided to leave Islam for atheism sometime in 2014 and has since then been writing stuffs on his Facebook page that are provocative and annoying to Muslims.”

Below is the copy of the petition: 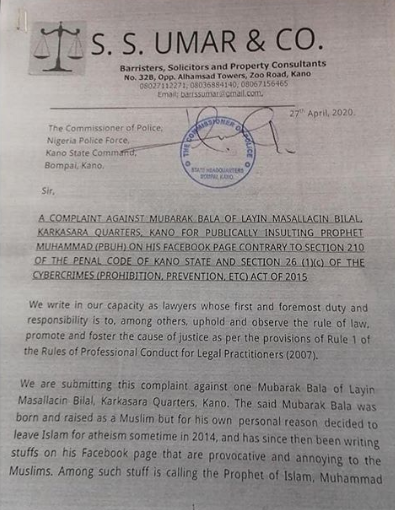 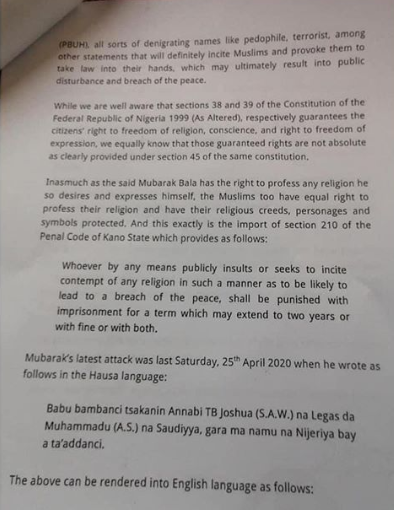 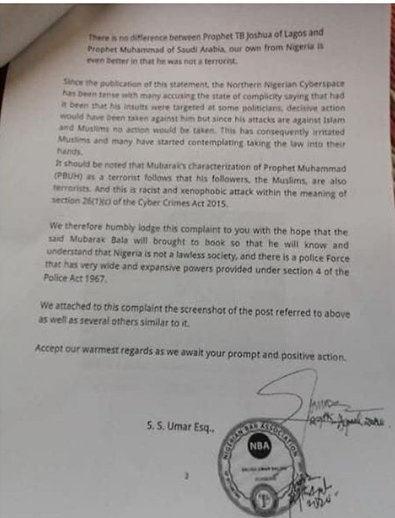 Not Again! Another 4 Prominent Persons die in Kano 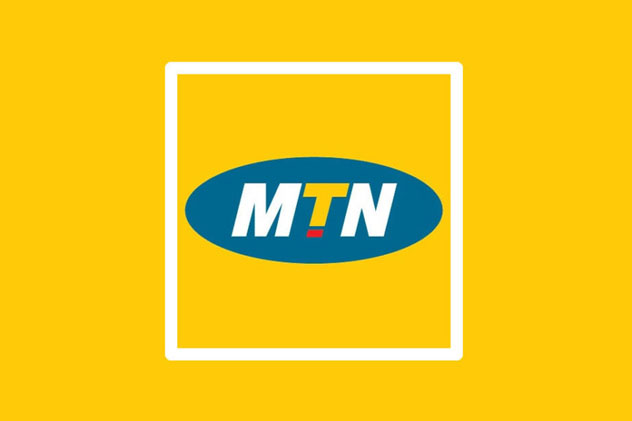 With an incredible offer, you can now subscribe 2GB Data plan for N200 on the MTN night plan. MTN Night plan can now be activated from 11 PM and will expire by 6 AM.

Formally, the timing span between 12:00 AM and 5 AM. The new offer can now give you a 2GB data every night on MTN nightlife plan.

If you are not an MTN customer you can also see some other exciting benefits from Glo, 9mobile and Airtel. Get 4 GB on Airtel for FREE, See Activation Code.

Npower: We will Pay June Stipend and Pay July Next Week-Sadiya (Video) 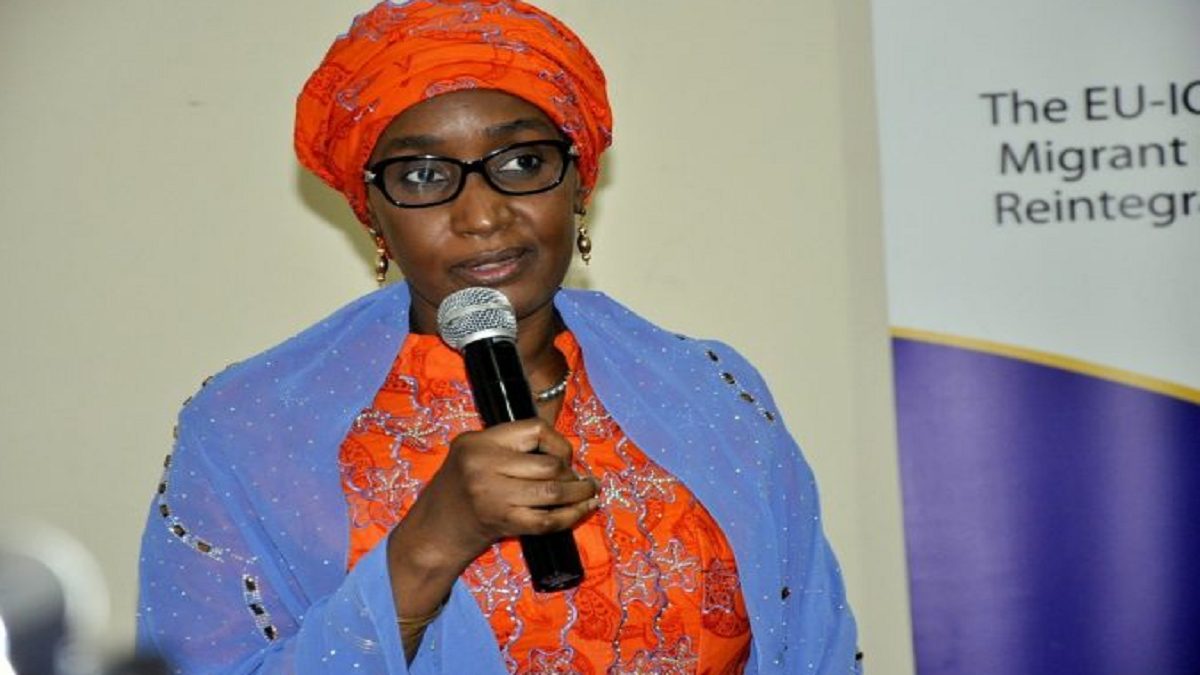 Batch C Will be Enrolled by the End of The Year
All Owed Stipends will be Paid within the Week
CBN Will Give GEEP, AGSMEIS & ANCHO BORROWER Loans but Not compulsory
Volunteers who Received Double Pay in May Will not be Paid

Batch A and B will start receiving June Stipends in no distant time. The Federal Minister of Humanitarian Affairs, Disaster Management and Social Development has approved June stipend

While speaking with DW News Channel, Sadiya blamed GIFMIS as a slow but effective platform for huge credit transactions like the N-power scheme

This will be the last stipend for Batch A volunteers as they exit the programme, the Federal government is transitioning volunteers into a new level of partnership, whose details are not clear as we speak

Batch B will be eliminated same way by July ending, giving way for Batch C entrance

‘‘BINTA ZUMI — What can you tell us about N-Power?

BINTA ZUMI– What is the fate of Npower beneficiaries?

SADIYA — Npower is a programme design for the beneficiaries to be train and exit after two years due to some issues the first batch was not exited but right now we have exited them from the programme and batch B will also be exited by end of this month.


BINTA ZUMI — Does the government have any plan for these exited youths that were disengaged?

SADIYA — Well majority of them have established themselves and they are doing well over 100, 000 of them and those who couldn’t be able to start up any business, we are currently discussing with CBN to give them a loan from GEEP, AGSMEIS and ANCHO BORROWER and other available loans but is not going to be compulsory.

BINTA ZUMI — Some beneficiaries are asking about their June stipend

The Interview with Sadiya Umar Farook regarding the Npower Batch A & B beneficiaries are as follows:

The payment of backlogs and June stipends to Npower beneficiaries will commence this week.
Npower Batch A has already been exited from the scheme since June 30th and Batch B will follow them on July 31st, 2020.

The Hon Minister did not talk about transition and exit packages for both batches, but she says they are negotiating with CBN to put us in some plans.

The Hon Minister also did not talk about Batch B devices
Regarding batch C enrollment exercise she said the portal will be close next week but no specific date and time yet.

The minister also said they maybe enroll into the program by the end of this year.

Nigeria singer Wizkid who already has three kids from different baby mama’s appears to have dropped a hint on expecting another baby.

It seems singer Wizkid is not tired of making more babies.

Read Also: Video: Davido Tells Chioma You Won’t Laugh With Me If I Didn’t Have Money