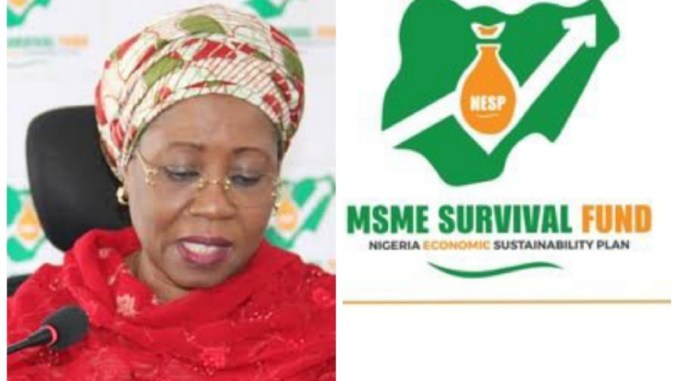 The Presidency has said that artisans in 11 states and the FCT have started receiving the N30,000 one-time grant under the Artisan Support Scheme of the Federal Government.

Laolu Akande, Senior Special Assistant to the President on Media and Publicity, in the Office of the Vice President, disclosed this in a statement on Saturday in Abuja.

He said that the beneficiaries in 11 states and the FCT were in the first stream and had started collecting the N30,000 one-time grant.

“The registration for the second batch of states has already begun; there will also be a third batch.

“All the 36 states and FCT are covered and verified beneficiaries will be paid the one-time grant.

“Another phase has begun on the survival fund scheme where 250,000 businesse names will be registered by the CAC for free.

“The Federal Government is going to pay for the cost of the business registration and the first 250,000 Nigerians will be beneficiaries, it is on a first-come-first-serve basis.”

Akande said that the Federal Government, under its MSME Survival Fund scheme, would be paying three months’ salaries of certain categories of workers.

Akande listed such categories as private school teachers, transport workers and other categories of business owners; so as to help cushion the economic effect of the COVID-19 pandemic shut down.


He added that the Survival Fund Payroll Support would pay the sum of N30,000 or N50,000 grant over three months to 500,000 beneficiaries nationwide.

Akande said that in spite of the effects of the COVID-19 pandemic on the global economy, the Economic Sustainability Plan (ESP) would help revamp the nation’s economy, boost local production, sustain and create jobs.

He said that the ESP, which was approved by the President and the Federal Executive Council (FEC) in June, was a N2.3 trillion stimulus plan for the economy.

He said the ESP had different components which were sector specific and tailored to provide solutions to sustain jobs and boost the economy.

“The Agro programme (for agriculture) has been making progress so far as we have enumerated more than 4 million farmers who will be benefiting under the agricultural aspect of the ESP.

“The Central Bank on Nigeria will be making lending possible for the bigger partners who will in turn make the equipment, services, yields and fertilizers to smallholder farmers.

“They will also be going to about 5 million and these are essentially small holder farmers, of which they are also targeting the significant increase in cultivation.

“They are also looking at 20,000 acres of land per state, of which all of that is in progress and very soon money will be allocated to fund the project.”

He said that the Federal Government was making progress on the ESP 300,000 social housing scheme, which was designed to build houses across the country for low income earners.

On the ESP solar power initiative, Akande said it would create 250,000 jobs and provide electricity for millions of homes via installation of solar panels in 5 million homes across the country.

He disclosed that the Solar Home systems and mini-grids would be installed in 5 million homes across the country in places where they were not already connected to the National Grid.