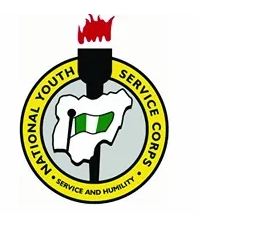 1.) The NYSC 2021 Batch ‘B’ Stream II Orientation Course is scheduled to commence in all NYSC Orientation Camps as follows:

2.) All Prospective Corps Members must present themselves for COVID-19 test at the camp before registration.

4) All prospective Corps Members slated for the 2021 Batch ‘B’ Stream II Orientation Course are advised to proceed to their respective camps as stated on their Call-up Letters. Foreign-trained graduates are to report to the camp with their International Passport and original copies of all uploaded documents.

5.) Prospective Corps Members are strongly advised not to embark on night journey to the Orientation Camps in order not to endanger themselves. They are also advised to break the journey is going beyond 6.00pm and pass the night in military or police barracks, NYSC Secretariats, Corps Lodges and other safe places. PCs should diligently read the Call-up letters as they contain all relevant information and guidelines.

6.) Parents and Guardians are enjoined to warn their wards to be security conscious and not board vehicles by the roadside or vehicles unregistered with the NURTW While traveling to Camp. They are advised to use only government approved motor parks in order not to fall prey to criminals. They should equally be admonished on the dangers of traveling at night.

7.) We wish to inform Nigerians that all COVID-19 safety protocols will be strictly adhered to in the Orientation Camps. We have partnered the NCDC and State Health Officials to ensure COVID-19 free Orientation Camps. Lison security agencies is on going to ensure the safety of Corps Members. Enquiries where in doubt should be made and NYSC will readily provide information..

8.) National Diploma (ND) Certificate will be presented in addition to other relevant documents by Prospective Corps Members of Mono Polytechnics as pre-condition for registration at the Orientation Camps nationwide.

9.) Prospective Corps Members are strongly advised not to present any fake document for registration at the Orientation. Camp Management has put in place adequate machinery to clampdown and prosecute anyone caught.

10.) In the event of loss of Call-up Letter, the prospective Corps Member who collected the Call-up letter from his her institution is advised to obtain Police Report and Swom Affidavit and thereafter report to the institution of graduation for further necessary action. Those who initially printed their Call-up Letters on-line can reprint the Call up Letter in the case of Loss.

12.) Also, any person who is not eligible to participate in the Service Corps or has been duly issued with a Certificate of National Service or Certificate of Exemption but so participants to participates shall be prosecuted in line with Section 13 sub-section2(a) and (b) of the NYSC Act, Cap N84 Laws of the Federation of Nigeria, 2004.