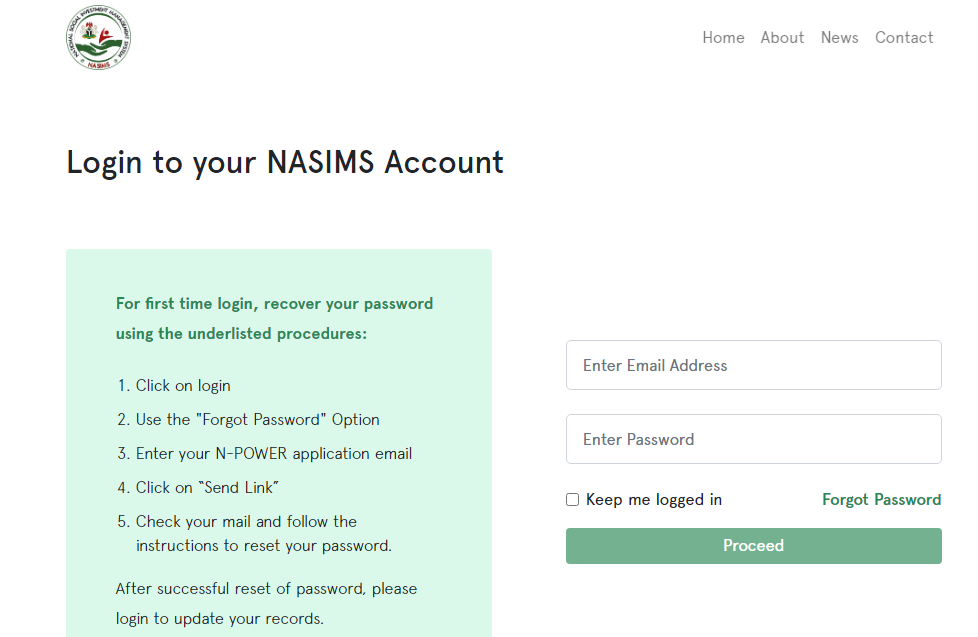 This was disclosed yesterday in Abuja by the  Minister of Humanitarian Affairs, Disaster Management and Social Development, Sadiya Farouq.

>>Visit the NASIM Portal to check your Npower Status https://nasims.gov.ng/

During the inauguration of the National Social Investment Management System (NASIMS). a portal developed for ease of coordination, deployment and management of the selection process, the minister further revealed that one million persons would benefit from the current batch of social investment programme.

According to Sadiya Farouq, she said that all previous applicats have been moved to NASIMS. she further emphasis that all applicants must undergo a mandatory online test as part of the selection process.

She pointed out that the Batch C programme would be for one year, while participants would get a monthly pay of N30,000 each.

“We have reached another milestone in the process of recruiting and onboarding of the Batch C N-Power beneficiaries beginning with 500,000 beneficiaries.

“The N-Power Batch C as inaugurated today is structured to onboard one million new beneficiaries, beginning with an initial 500,000 beneficiaries in the first stream.

“A subsequent 500,000 beneficiaries in a second stream, all aligned to the national policy drive of lifting 100 million people out of abject poverty in 10 years.”