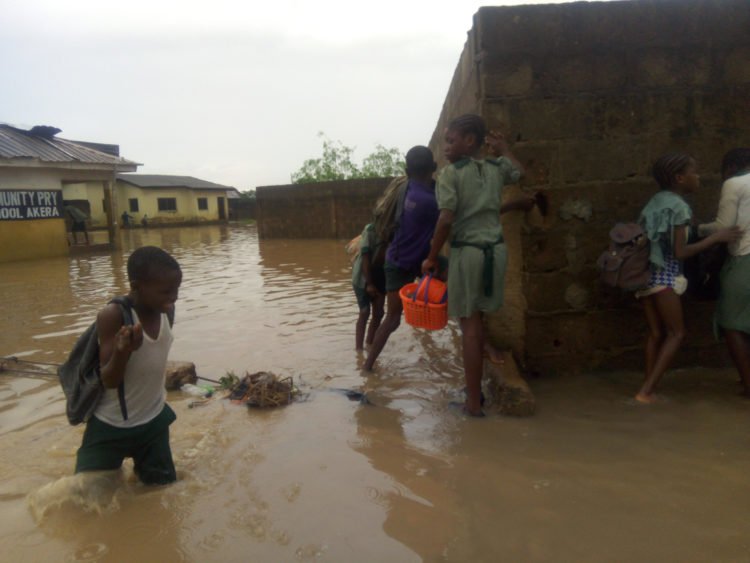 For those who are in Lagos, today is a wet day in the city of Lagos. The rain which started as early as 8am in some major parts of the state has its effects on some parts of the state, one of such areas is the Badagry Expressway. We are yet to come to terms how these folks will get to work and the miracle it will take to maneuver the bad roads in the rain.

According to Mr. John Adelowo, he said, If you plan to enroute LAGOS-BADAGRY EXPRESSWAY, I won’t beg you to think twice.

Early today, residents of this area took to the street to protest the bad road of the Lagos-Badagry Expressway and all they are saying is, rebuild this road and make life easy for us all.


Houses and properties were destroyed early Monday  Morning following an early morning downpour that swept through parts of Lagos metropolis.

Residents were stranded in Kingsway road, Ikoyi, Toyin and Kodesoh streets in Ikeja and Dalemo Alakuko as pupils were pictured trying to get out of water.