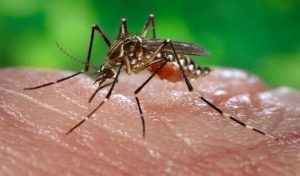 Thailand has recorded 20,733 cases of dengue fever in nearly five months of the year, half of the infected being children, according to the Public Health Ministry.

The ministry’s permanent-secretary Dr Sukhum Kanchanapimai, on Sunday, said statistics showed that 20,733 people have been infected with dengue fever from Jan. 1 to May 13

So far, 25 out of 20733 died across the country. “Fifty-two per cent of the dengue fever patients are children, we hope all the parents, teachers pay more attention to children, as they are the most vulnerable group for the disease,” said Sukhum

Temperature, accumulated rainfall, and sunshine play an important role in the transmission cycles of dengue fever, Sukhum said. Sukhum added that the rainy season had come to Thailand and it happens to be new semester of schools right now.

He asked all parents and teachers to be wary of the mosquito-borne disease and look at ways to prevent mosquitoes breeding in and around their homes. Breeding grounds for the Asian tiger mosquito (Aedes albopictus), which transmits the disease in Thailand, exist in both rural and urban areas.

The mosquito-borne infection caused a sudden high fever for 2-5 days along with severe headaches and pain of eye sockets and joint or muscle, loss of appetite, vomiting, coughing without running nose, skin rash, and bleeding from gum.

It also could lead to a shock episode, failure of the blood circulatory system, kidney and liver failure and even death.

NNPC Test Result Update (How you can Check)