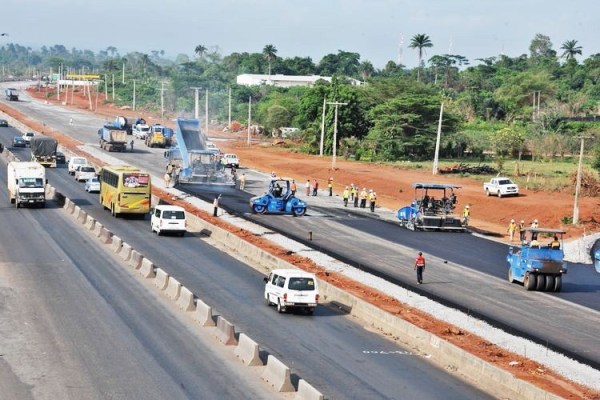 The Federal Government yesterday said that the completion rate of the reconstruction work on the Lagos-Ibadan Expressway has reached 40 per cent.Federal Controller of Works, Mr. Adedamola Kuti, who disclosed this yesterday when he led workers of the Ministry of Power, Works and Housing and other relevant stakeholders to the site of the Prayer City Magboro completed section of the 43-kilometre Road, urged Nigerians to appreciate the efforts being put in place by the contractor to ensure that the road is completed in record time.

He promised availability of funds to see the project through and urged motorists to be patient and maintain high level of discipline on the road.According to him, motorists should be patient and should show understanding that all good things have a price. He described the section of road being reconstructed as the busiest because of its strategic position, hence the need for motorists to reduce their speed to 50 kilometres per hour.


On the issue of Interchange Bridge at the Pakuro/Loto Section of the road, he assured those whose buildings were marked of compensations, saying that it is a sacrifice they have to pay for the overall good of all. Kuti, an engineer, who promised that the contractor would increase the pace of work on the road, however called for increase in the funding of the Vehicle Inspection Officers (VIOs) to ensure that only sound vehicles are on the road to reduce breaking down of vehicles on the road.

Also, the Ogun State Sector Commander of the Federal Road Safety Commission (FRSC), Mr. Clement Oladele, promised increase in patrol and enforcement of traffic laws to check the recurring traffic gridlocks on the road.He said the commission would soon commence impounding of offenders’ vehicles and eventual forfeiture to the Federal Government.The Regional Construction Manager for Julius Berger, Mr. Thomas Baizuweit, who assured of international best practices in the reconstruction of the road, said the firm had put in place measures to ensure safety on the road.

Over 20,000 Cases Of Dengue Fever In Five Months Recorded-In Thailand

I am Upset With The Level of Poverty in Nigeria – Buhari