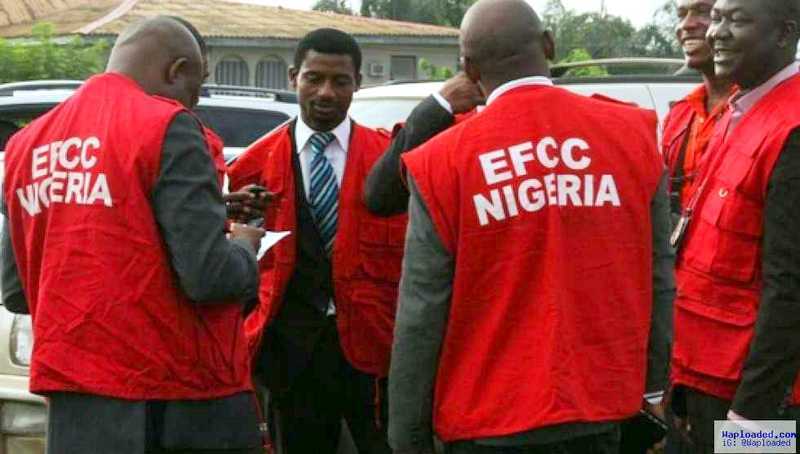 EFCC spokesperson, Tony Orilade, said they were arrested in a sting operation, sequel to a petition in which the petitioner alleged that her aged mother, who was to travel to Europe, visited the Benin office of Port Health Service to procure the e-yellow fever travel card, but rather than lead her through the proper procedure, she was convinced to pay N10, 000 to obtain the card instantly.

However, trouble began at the time of boarding her flight at the Muritala Mohammed International Airport, Lagos, when it was discovered that her e-yellow card did not have the Remita Retrieval Receipt Reference Identity.


She was subsequently compelled to get a proper one at the airport with the sum of N2000.

Based on the petition, the Benin Zonal Office of the EFCC sent two operatives to Port Health Service office in Benin, who pretended to have genuinely requested for e-yellow fever card.

Unaware that they were EFCC operatives, the Port Health Service staff requested for N7000 as payment for each card. On payment of the amount, the EFCC operatives were issued with the cards instantly. The e-yellow fever travel card is officially N2000.

The illicit transaction made EFCC operatives to swoop on Port Health Service office, arresting four of its officials.

Orilade further explained that the arrested officials would be arraigned in court as soon as investigations are completed.

Buhari forgot us after voting for Him: Supporters