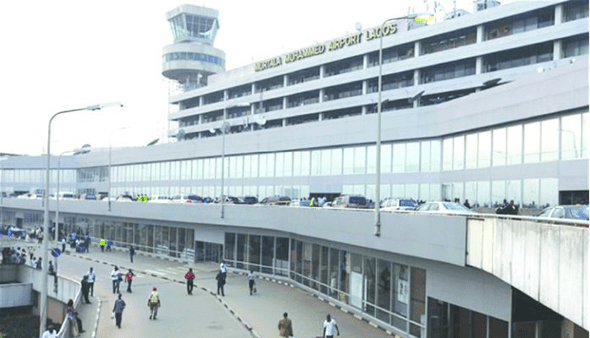 Minister of State for Aviation, Hadi Sirika, yesterday hinted that the Murtala Muhammed International Airport (MMIA) would be brought down to construct another one.

Sirika, who said the project would be handled by construction giant, Julius Berger at the cost of N14 billion, stated that the terminal in use which was built in 1979 has outlived its usefulness.

The terminal was built to handle 300,000 at inception but the passengers it handles have grown to 8 million in the past three years. The minister added:

“We have concluded on plans to relocate airlines from their original place to the new terminal we are building. We have are going to rebuild the MMIA terminal and the contract will be awarded to Julius Berger at roughly N14 billion. “The Managing Director of FAAN just told us that the new terminal under construction will be completed before the end of this year. Airlines will move to the new one while we begin reconstruction of the old MMIA.”

In the same vein, the Federal Government has concluded plans to shut Enugu International Airport for total repairs of the runways, which is caving in. Also, Ethiopian Airlines which operates into the airport would be stopped because of the danger the airport pose to flight operations.


Sirika, who spoke at a stakeholders’ forum in Lagos, said he had discussed with the Enugu State governor, Ifeanyi Ugwuanyi, of the need to relocate the market located very close to the airport and the free trade zone to make for expansion of the runway and other facilities to international standard. Meanwhile, the Federal Government yesterday said it was committed to the provision of adequate infrastructural development in the country before the expiration of the present administration.

The Minister for Power, Works and Housing, Mr. Babatunde Fashola, stated this while inspecting the ongoing construction of federal projects in Anambra State. Addressing journalists at Awkuzu, Oyi Local Government Area of the state shortly after the inspection, the Minister, who was represented on the occasion by Mr Yemi Ogutoynmie, said that so far he was satisfied with the quality and progress of the ongoing construction of the Enugu- Onitsha expressway.

He said the Federal Gov-ernment attached importance to the road, describing it as one of the major roads in the South-East. According to him, the construction would continue even with the rain until the 18kilometers were completed. Inspecting the federal secretariat in Awka, the minister commended the contractor for the quality of work done and encouraged the contractor to keep up the good work.

While conducting the minister around, Chief Cosmos Oguguo Agagbo, said the secretariat awarded seven years ago, has 402 offices, one conference hall, committee room and 312 conveniences. He, however, noted that they did not envisage that the topography of the project concept would change as work progressed.

We Are Probing Okorocha Over N8billion Bailout Fund – EFCC