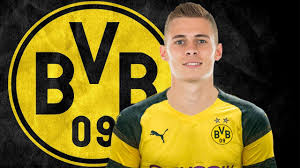 Thorgan, who has signed a five-year contract with Dortmund, becomes the first Hazard to move this summer with his older brother Eden linked with a transfer from Chelsea to Real Madrid.

“We are delighted, Thorgan has opted for Borussia Dortmund with his full conviction,” BVB sporting director Michael Zorc said. “He’s an experienced Bundesliga player and a Belgium international. He will help us with his pace and his nose for goals.”


Like his brother Eden, Hazard had been on the books at Chelsea, but left the club for Gladbach in 2014, initially on a loan and then on a permanent transfer. In his five years, for the goals, Hazard contributed 46 goals and a further 44 assists in 182 appearances across all competitions.

Pulisic -Hazard Is My Chelsea Benchmark,