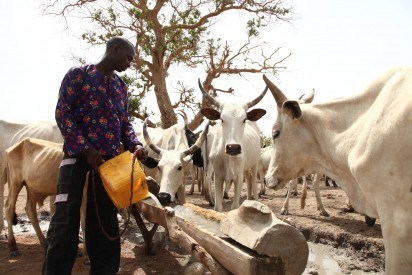 Newsmen gathered that the hoodlums, who allegedly laid siege to the community for about three days, also shot a youth of the community on the Ubulu-Uku/Issele-Uku Road.

A reliable source said Ojinji’s corpse was discovered in his farm and had been deposited in the mortuary.

The murdered chief hailed from Udo quarters of the community Confirming the incident in a telephone chat with newsmen, Jamico Adoh said Ojinji’s corpse was discovered early hours of Monday.


Meanwhile, circumstances surrounding the shooting of the youth whose identity was unknown at press time were still hazy.

Vanguard gathered that he is receiving treatment at an undisclosed hospital.

Recall that suspected herdsmen kidnapped and killed the traditional ruler of the kingdom after collecting ransom in 2016.

The state Commissioner of police, Adeyinka Adeleke, who confirmed it to newsmen said the police was investigating the matter, expressing optimism that the suspects would be brought to book.

Bandits Attacked 3 LGAs In Katsina, Kill 34 And Injured Other