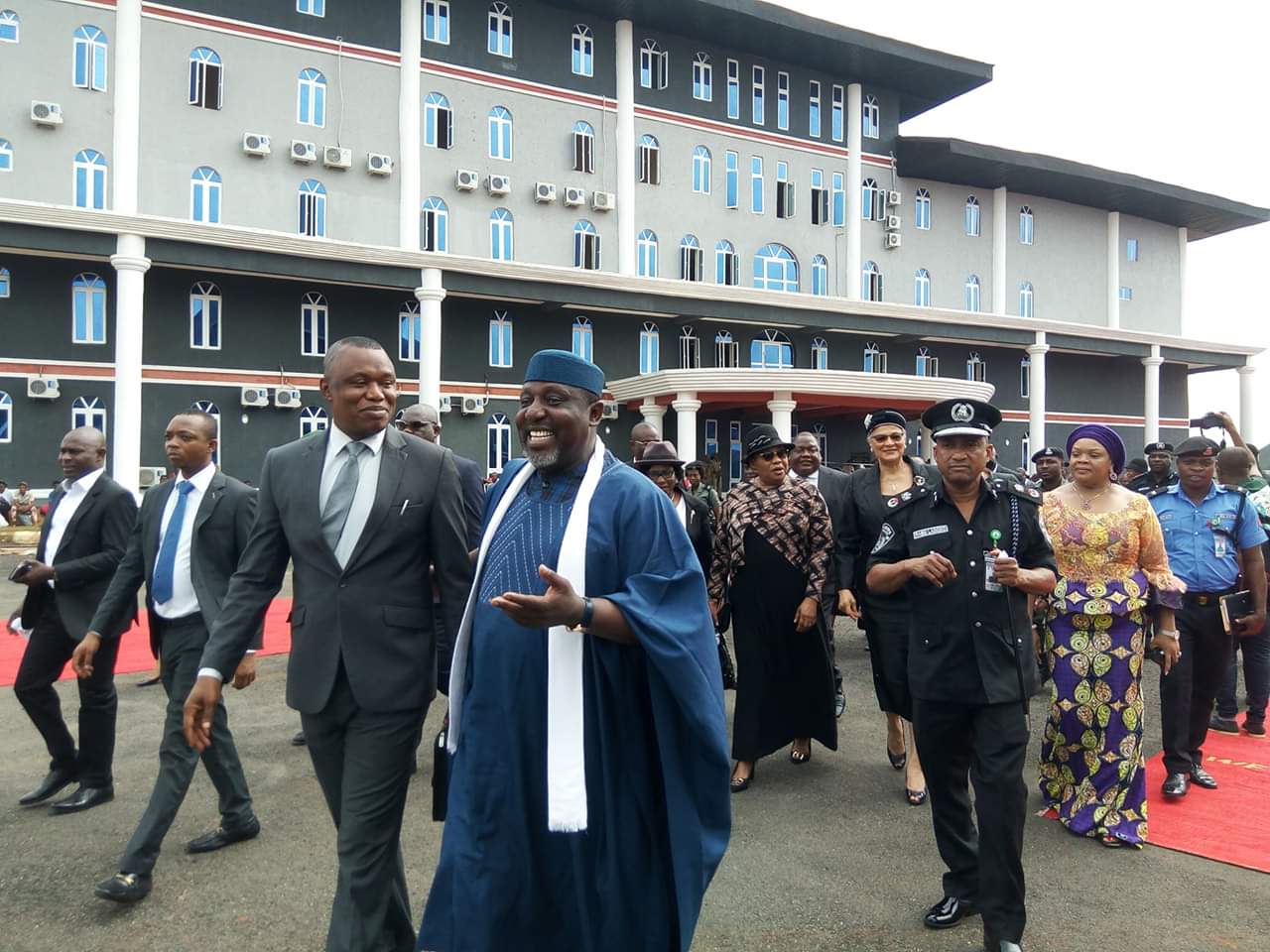 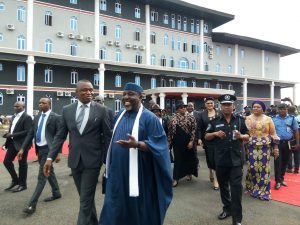 At the moment, His Excellency Governor Rochas Okorocha is hosting the the Chief Justice of Nigeria, represented by Justice Myrian Amina to the official commissioning of JUSTICE OPUTA COURT COMPLEX holding at the judiciary pavilion,New Owerri.

President-Buhari to visit Saudi for Umrah

Reno Omokri, a former aide to ex-President Goodluck Jonathan has mocked the National Leader of the All Progressives Congress, APC, Asiwaju Bola Tinubu and Adams Oshiomhole as results of Edo governorship election trickle in.

Governor Godwin Obaseki, who contested Saturday’s governorship election on the platform of the Peoples Democratic Party (PDP), is in an early lead as results come in.

Pastor Osagie Ize-Iyamu seems to be behind Obaseki despite support from Oshiomhole and Tinubu.

Omokri, reacting to the results announced so far by INEC, said the forces of godfatherism are being shamed in Edo.


According to the former presidential aide, results from Edo governorship election proves that Edo is different from Lagos State.

Omokri on his Twitter handle wrote: “me The @OfficialPDPNig is coasting to an easy victory in Edo, going by official @INECNigeria results so far released.

“The forces of godfatherism are being shamed. Oshiomhole and Bola @AsiwajuTinubu now know that Edo is definitely not Lagos!”

The Peoples Democratic Party (PDP) has accused the All Progressives Congress (APC) of mounting pressure on the Independent National Electoral Commission (INEC) to alter the results of the governorship election in various parts of Edo State in favour of the APC.

In a statement, Kola Ologbondiyan, National Publicity Secretary of the party, noted: “We have been informed that the INEC Chairman has come under intense pressure from the APC to allow the replacement of results declared in the riverine areas of Edo State in order to jerk up figures for the APC.

“The PDP has also observed that INEC’s virtual portal is increasingly becoming unstable. We also have information on ploys being undertaken to replace results in Fugar and other adjoining local governments, all in Edo North.”

The party appealed to INEC Chairman not to “fall for this pressure in the interest of the unity and cohesion of our country.

“We invite Nigerians to closely monitor results being declared on the INEC virtual portal to ensure the wishes of the people of Edo State are not altered overnight.”

Ole Gunnar Solskjaer’s side lost 3-1 against Crystal Palace on Saturday in their first Premier League fixture.

“I do not think United have strengthened enough at present to challenge for the title [this] season,” Richards told Sky Sports before Man United’s clash with Crystal Palace.


“I think the arrival of Donny van de Beek improves them, but when you look at Manchester City and Liverpool, their cohesion is infinitely better than United’s still.

“When you get new players, it does not mean you are going to be a great team overnight.

“When you look at what Jurgen Klopp has done… he arrived at Liverpool five years ago, and it took him time to reach the heights.