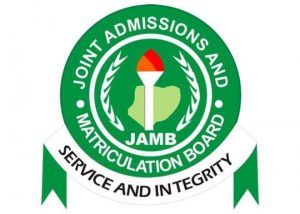 Contents hide
1 Update: On JAMB Registration /Examination
2 Also Read: Why Score High in JAMB and Got no Admission

Barring last minute change, the Joint Admissions and Matriculation Board (JAMB) will announce the extension of the deadline for the ongoing registration for its 2021 unified tertiary matriculation examination (UTME) and the direct entry (DE) programme.

This decision may not be unconnected to the difficulties being experienced by candidates in their attempts to generate the required codes towards setting up profiles using their unique national identification number (NIN).

PREMIUM TIMES has exclusively learnt that as of Wednesday afternoon, roughly 72 hours to the May 15 deadline set by the examination body, only 1,012,000 candidates have so far registered for the UTME and about 30,000 candidates for the DE programme.

This figure is low when compared to about 1.9 million UTME and 200,000 DE candidates already captured within the same period in 2020.

Investigations revealed that as of Wednesday about 600,000 prospective candidates, who have initiated the registration process, are yet to receive the required codes meant to be transported to their mobile lines by the network operators.

Challenges
Some officials of the examination body, who spoke with PREMIUM TIMES confidentially, claiming they were not authorised to speak on the matter, said the problem is caused by the adoption of the mandatory use of NIN for the registration.

“The National Identity Management Commission (NIMC) that is responsible for the issuance of NIN is expected to generate the linked number to be transported to candidates as soon as they input their required USSD code. But this has been difficult for the agency due largely to inadequate manpower and lack of required technical skill,” one of the sources told our reporter on the phone.

Another source blamed the mobile telecommunication operators for the delayed response to transporting codes generated to candidates, saying this is the worst outing being recorded by JAMB since the adoption of the USSD system in its registration.

“We keep sending the codes to 55019 as instructed by JAMB but the response is always that it is being processed and that we should await SMS. But the SMS never comes even after more than 48 hours. I can now imagine the problem the prospective candidates are going through,” an ad hoc staffer who does not want to be quoted told our reporter on the phone.

Meanwhile, a parent, Bassey Udo, who was trying to change his son’s course of study for the ongoing 2020 admission at a university, told our reporter on the phone that even after paying the required fee, the one-time password (OTP) required to complete the transaction has not been received for more than three days.

“Till now we cannot complete the transaction. I spoke to MTN and I was asked if I had activated the “Do not disturb” system on my line. But they found out I did not. So they concluded there was no basis not to receive a message from a third party. But still, the situation has remained the same. I don’t know what would be the fate of this boy if we are unable to complete the task,” Mr Udo told our reporter.

JAMB keeps mum
Meanwhile, the director of public affairs and protocol for the examination body, Fabian Benjamin, refused to comment on the matter.

He said he would respond to PREMIUM TIMES’ enquiry ‘soon’. His promised response, however, did not come as of the time of filing this report.


It would be recalled that JAMB had earlier scheduled its mock examination for April 30 but later rescheduled it to hold on May 20. The abrupt change might not be unconnected with the difficulties being experienced in the registration exercise.

Meanwhile, a highly placed source in the agency who does not want to be mentioned told this newspaper that the best solution would have been to waive the use of NIN for candidates.

“If we do that, I can assure you that in two days the whole exercise would be completed. But we cannot because the Ministry of Communications and Digital Economy was impressed by our efforts and has even written appreciation to our supervising ministry and also to the federal executive council. So we cannot backtrack on that for now,” the source said.

The examination body is billed to meet with ‘stakeholders’ including members of various groups such as civil societies and media ahead of the examination.

Network operators deny culpability
Meanwhile, the mobile network operators have denied being responsible for the challenges being faced by candidates in their efforts to be registered for the examination.

The operators’ umbrella body- Association of Licenced Telecommunications Operators in Nigeria (ALTON) said its role is ”simply to transport the codes to the candidates and not to generate”.

In his response to our reporter’s enquiries, the association’s chairman, Gbenga Adebayo, said the delays cannot be from the systems of the telecommunication companies.

When confronted with the claim of the existing generated codes ”yet to be transported”, Mr Adebayo said; “If the codes are generated and their servers do not upload them to the operators, there would be nothing on the link to deliver. Operators are just a medium of transport, and if their servers don’t deliver the codes, the link (transport) will be empty. Maybe there’s something they’re not saying. Ask them again and let them show a proof!”

NIMC fails to respond
When reached for reaction, the authorities at the National Identity Management Commission (NIMC) failed to respond.

The agency’s head of corporate communications department, Jamila Ahmed, who failed to pick many calls sent to her telephone line later responded to our reporter’s message that she was on leave.

Ms Ahmed also directed our reporter to speak to a man identified simply as Kayode.

But efforts to reach Mr Kayode were not successful as his provided mobile telephone line did not go through. A message sent to the number was yet to be replied as of the time of filing this report.

Also Read: Why Score High in JAMB and Got no Admission

5 Reasons Why Mobile-learning Is The Future Of Employee Training