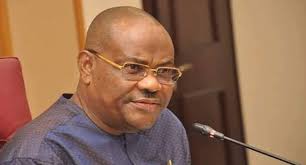 “The Governor directed the sacked commissioner to submit all Government Documents and Property in his possession to the Permanent Secretary of the Ministry of Power.” the governor’s special assistant on electronic media Simeon Nwakaudu said.


Wike sacked the commissioner a day after he recalled the 12 Local Government Council Chairmen earlier suspended by his Administration.

The chairmen were suspended over lackadaisical behaviour to work and failure to carry out state functions.

The governor, however, charged the recalled chairmen to tackle security challenges in their respective local government areas and warned that anyone found wanting in breach of the law will face the consequences that come with it.