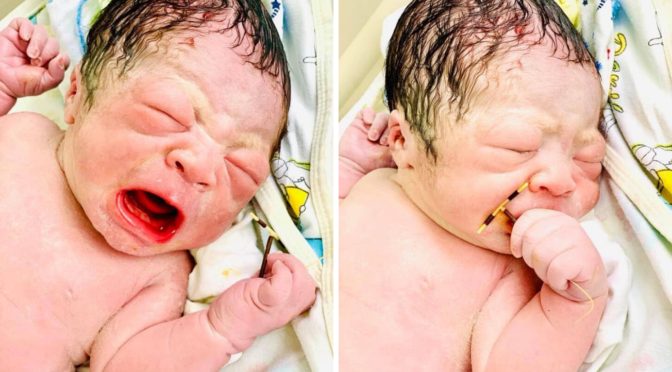 The obstetrician of a woman who gave birth after her IUD failed, shared a phenomenal photo of the infant holding the contraceptive device after he was born.

The baby boy was born at Hai Phong International Hospital in northern Vietnam while holding on to his mom’s IUD. The hilarious snap was shared on social media before instantly going viral.

The obstetrician Tran Viet Phuong said she thought it was “interesting” that the baby came into the world holding the very device that was supposed to prevent him from doing so. “After delivery, I thought him holding the device was interesting, so I took a picture. I never thought it would receive so much attention,” she added

LOL: How to Get your Stingy Men Association Nigeria ID Card (SMAN) #StingyMenAssociation

For Some Trump Voters, Coronavirus Was The Last Straw