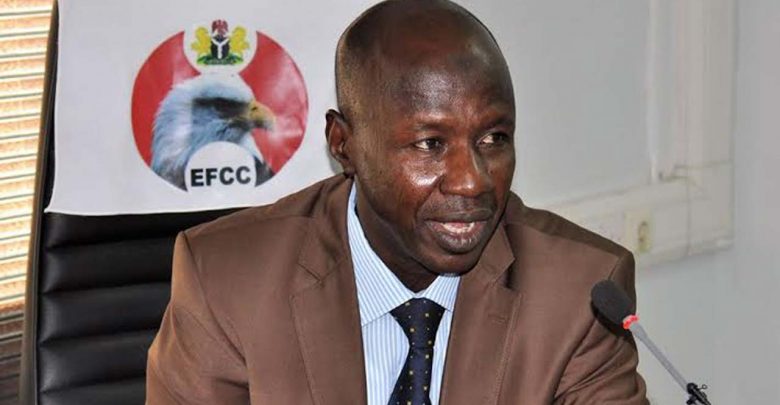 POLITICS NIGERIA earlier reported that Magu is being investigated by an inter-agency panel set up by the Presidency to look into allegations of corruption and misconduct levelled against him. Top staff and directors of the agency who worked with Magu are also being questioned by the panel.

It was also gathered that two bulletproof official vehicles belonging to the suspended chairman have been recovered. One was recovered in Abuja and the other in Maiduguri, Borno State. The two vehicles have been parked at the commission’s headquarters in Abuja.

Furthermore, Operatives from the Force Criminal Investigation Division (FCID) sealed up Magu’s office located on the tenth floor of the new EFCC office located along Airport Road, Jabi and his other office in Wuse II. His personal staff were prevented from accessing their offices or the floor housing the offices in the two buildings.

It was learnt that no staff was ever sent abroad for any training and the cumulative N2.1 billion budgeted for in three years could not be accounted for.

JUST IN: Magu released from detention

FG to Consider Another Phase of Lockdown gives reasons