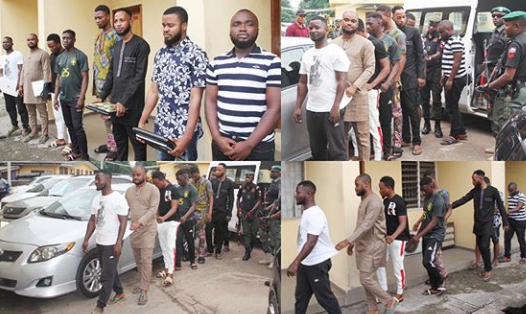 Related: Davido Reacts to the arrest of Singer, Naira Marley by EFCC

Others are Oluwaseyi Emmanuel Fagbemiro, Felix Onyebuchi, and Abdulazeez Ismaila. Items recovered from them include exotic cars, phones, and laptops.

Kenya’s Former President Ordered by Court to Pay $10.05m Fine for Seizing of lands belonging to a widow