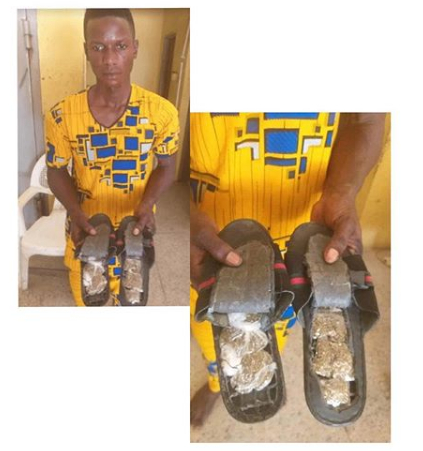 One Clement Jacob has been arrested by the Nigerian Prison Service (NPS), FCT Command, for allegedly attempting to smuggle cannabis into the Kuje Prison.

Spokesman of the command, Chukwuedo Humphrey, said the substance was concealed in sandals that were to be delivered to an inmate, Emeka Onyejikacki.


The inmate, Chukwuedo said, was in prison custody over possession of hard drugs. Upon interrogation, Jacob pleaded ignorance and claimed that a woman named Mrs Emeka, called him to assist her in paying Onyejikacki a visit.