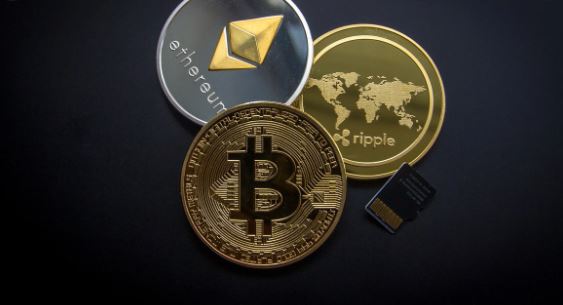 According to a recent survey, it was revealed that a lot of game developers have zero interest in creating or working with Bitcoin Mining or non-fungible tokens (NFTs).

This survey was published on the 21st of January 2022, by the Game Developers Conference. The survey dubbed “State of the gaming industry 2022” interviewed about 2,799 game developers. The survey was primarily aimed to determine the level of interest game developers have in crypto and NFTs. The result wasn’t as favorable as most would expect as the survey showed that gamers are not interested in NFTs or Cryptocurrencies.

Out of the 14 cryptos and NFT comments published in the survey, just one comment was positive. The other 13 comments ranged from scathing to backhanded. The positive comment in the survey highlighted that crypto and NFTs are the waves ushering us to the future.

One of the respondents also inferred that the whole crypto and NFT industry is problematic and complex. He asserted that how both NFTs and Crypto are not considered pyramids is still beyond him. Other comments in the survey also echoed skepticism about what the future holds for the gaming industry if it’s eventually integrated with NFTs and crypto.

One of the comments affirmed that integrating NFTs and Crypto into the gaming industry will drive a sword straight into the heart of the industry. It will then become evident the true motivation of the people pushing the integration and that would be lovely to see.


The market is presently influenced by gamers, collectors, and traders. On OpenSea, the biggest NFT marketplace in the world, collectibles are known to drive trading volumes. Presently, the NFT collection with the highest one-week trading volume on OpenSea is the Azuki Collection. The collection, within one week, recorded a trading volume of about 27,000 ETH valued at $6.5 million.

In the last 24 hours, Decentralized application (dApp) games that make use of NFTs recorded about $35, million. According to DappRadar, the volume can be linked to about 860,000 users. Mordor Intelligence, a market research firm, believes that NFTs will eventually be properly incorporated into the conventional gaming industry. The gaming industry with a present worth of $178 billion will experience a major influx of gamers reaching up to 3 billion gamers across the globe.

The survey also indicated the growing support among gamers for unionization within the gaining industry. 55% of the respondents believe that the industry needs to unionize. This is the highest support unionization has received in the past 10 years since GDC has been carrying out the survey.

Also according to the survey, the need to combat toxicity within the gaming industry was highlighted. Only about 38% of respondents affirmed that their firms communicated with them on how toxicity and misconducts are handled within the industry. This implies that 62% of firms never brought up the conversation.

In fact, some of the quotes by the respondents published on the survey were very critical. Many called firm responses woefully inadequate and ‘tepid lip service. While there were some positive reports from respondents about their firm’s activities, the data available on the survey shows game developers feel better about to work that has to be done.

The survey also revealed that a lot of game developers have a negative opinion about metaverse gaming. As of now, there are about 12 firms presently developing virtual reality (VR) and augmented reality (AR) devices for gamers to fascinate themselves in the multiverse. However, the report shows that approximately one-third of respondents have the opinion that the metaverse will not keep its promise of a fascinating gaming experience.

Microsoft, the giant software company, has recently declared that it bought Activision Blizzard, the renowned gaming company for $95 a share. Up till now, Microsoft has shown zero contempt for the metaverse technology. The software giant is also planning to develop Metaverse games with its just acquired brand.

Bank of America believers CBDC and stablecoin adoption is ‘inevitable’