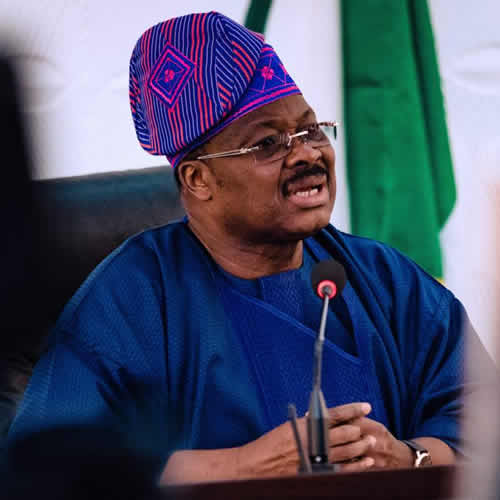 Abiola Ajimobi, the governor of Oyo State, said that in the state in the last seven years, his administration has put in about N61bn to fund education.

He said N46bn out of this figure was spent on all the state-owned tertiary institutions in the last seven years, while N15bn  was put into public secondary schools.

He stated this on Wednesday while inaugurating one of the model schools constructed by his administration, Oba Akinbiyi Model School at Mokola, Ibadan.

As an administration, we have presided over the most focused, prudent and responsible management of available resources for the maximum benefit of our people for eight years.

Underpinning every step we have taken is our desire for quality in whatever we do. Aside from the three model schools, renovation of many blocks of classrooms in over 100 secondary schools across the state was recently carried out. We have spent close to N46bn on the funding of state-owned tertiary institutions in the last seven years. If you divide it by seven, it means we have spent close to N7bn every year on education.

This administration has succeeded in repositioning all tertiary institutions owned by the state, setting them on the path of financial prudence for sustainable management and development.

On the gains of the School Governing Board, a novel participatory model of school management system introduced by his administration, the governor said over N8bn had been committed to the management of public secondary schools by the stakeholders, aside the N7bn the government spent on renovation of schools.

The greatest innovation we have made is the introduction of the SGB. We have close to 628 secondary schools in the state today which are being managed by stakeholders in all the communities where the schools are situated. I’m happy to inform you that since we started the policy, the stakeholders have contributed close to N8bn, while government has spent over N7bn so far. We are so happy that the resultant effect has been that we recorded the best results in public examinations in 2018.

These efforts are not limited to secondary schools alone. Through the Oyo State Education Trust Fund which we established, we have carried out renovation of many schools, including the five technical colleges.