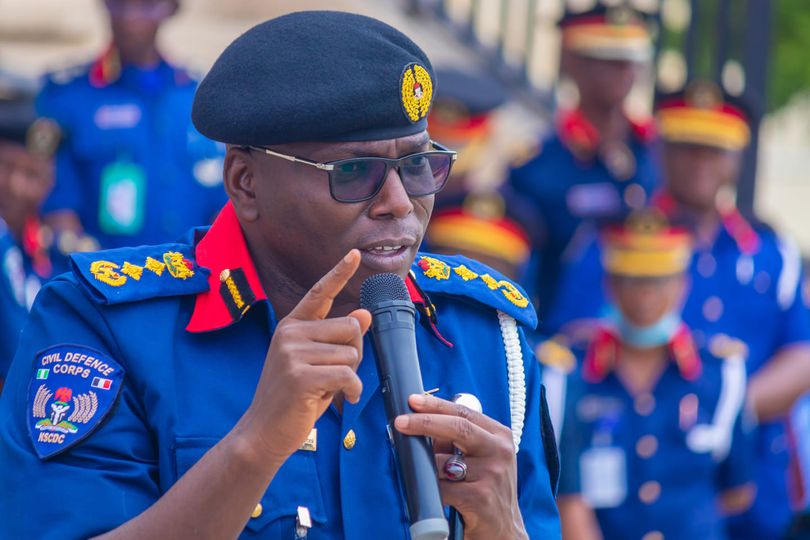 NSCDC warns applicants against fake recruitment list in Circulation, the Commandant General of Nigeria Security and Civil Defence Corps Ahmed Audi, PhD, Mni, has set up a committee of enquiry to investigate the individuals or group of persons behind the fake 2019/2021 replacement and recruitment supplementary list currently in circulation on social media.

The only official website to apply for NSCDC recruitment is http://www.nscdc.gov.ng/

The purported list of successful applicants for NSCDC job going viral on social media came as shocking news to the Corps who has not released or published any recruitment list whatsoever, hence, the need to alert members of the public to this fake, mischievous, misleading and perfidious list capable of sending wrong signals to Nigerians especially applicants from different parts of the state.


The Corps however wish to set the record straight and state unequivocally that the list did not emanate from the Corps nor the Civil Defence, Fire, Immigration and Correctional Service Board but the handwork of some unscrupulous elements who are taking advantage of the economic situation in the country to defraud unsuspecting members of the public.

Members of the public are therefore warned to disregard the fake recruitment list currently being circulated across the country as a ploy by nefarious individuals and mischief makers to defraud innocent job seekers, some of whom have been made to part with different amounts of money in their desperation for NSCDC recruitment.

The CG reiterated that the NSCDC recruitment list will be published in the mainstream media once it is ready, however, he assured Nigerians that in a due cause, the perpetrations of this callous act shall be nabbed and made to face the full wrath of the law.

He enjoined members of the public to avail the Corps of any information that may lead to the arrest of these criminals who have been defrauding Nigerian, warning all and sundry that NSCDC would not be held liable for anyone that falls prey to the antics of criminals and fraudsters in the name of recruitment.

Disclaimer: At the time of writing this article, NSCDC is currently not recruiting and no shortlisted names have been released either, we would update you on any relevant information as regards recruitment as soon as the board kick-start its recruitment exercises.