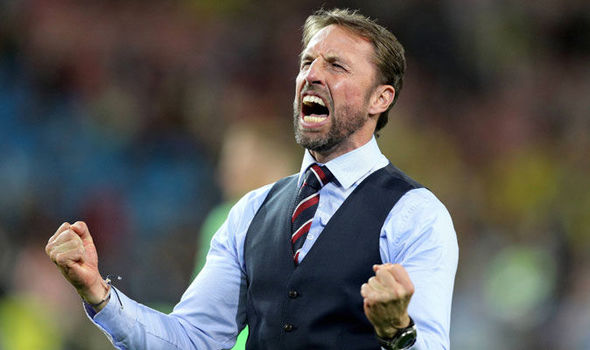 England manager Gareth Southgate has said his players will not walk off the pitch in protest if they are racially abused by supporters following discussions with his squad and staff.

England’s 5-1 rout of Montenegro in Podgorica in March was soured by racist abuse from fans and the hosts were ordered to play their next European competition match behind closed doors as part of sanctions handed out by UEFA.

Southgate said he discussed the matter with England internationals, Raheem Sterling, Danny Rose and Callum Hudson-Odoi and the players agreed that walking off would shift the focus to them rather than the issue of racism.

“They are clear they don’t want the story at the end to be about them as individuals,” Southgate told reporters on Thursday as he announced his squad for next month’s UEFA Nations League semi-final against the Netherlands.

“They want football to be the story.

“In terms of walking off the pitch, that isn’t something they’re all on board with. None of the current team has expressed that as a preference… But they have had an opportunity to speak (publicly) and have an impact that way.”

Sterling, who had also been allegedly racially abused when playing for Manchester City at Chelsea, had last month signed a manifesto that called for consistent punishment for racist and discriminatory behaviour, including automatic nine-point deductions.

Southgate added that walking off the pitch would be nothing more than a “symbolic statement” which would not necessarily lead to reform.

“The bit that isn’t clear to me if we did that — apart from the question of whether we would be penalised — is what would happen then?” Southgate added. “It would be a statement, but what would that lead to?

“There are lots of statements that have been made and haven’t led to change and reform. For me, the broader discussion around racism, education is key.

“A lot of our players and former players have spoken brilliantly about that in recent months. I don’t think we need any more symbolic statements that this is unacceptable.”

England plays the Netherlands on June 6 in Guimaraes and faces either hosts Portugal or Switzerland in the Nations League final or go into a third-place playoff on June 9.

RELATED: Can The Women’s World Cup Get More Girls into Football?

Can The Women’s World Cup Get More Girls into Football?