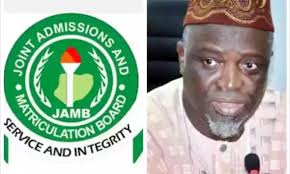 Independent Corrupt Practices and other related offences Commission (ICPC) has begun investigation into alleged malpractices during the Unified Tertiary Matriculation Examination (UTME) conducted across the country.

A member of Board of the commission, Mrs Olubukola Balogun, made this known in an interview with newsmen in Abuja on Tuesday.

“We have the mandate for investigation, prosecution and prevention. “We are putting everything together for JAMB. I can assure you that we will get there. “The commission is going to know what happened and how we can prevent it in the future,”

she said. Balogun said that anyone found culpable would be prosecuted, insisting that “those that err, after our investigation, we are going to prosecute’’. Describing examination malpractice as “an act of corruption’’, the board member said that such activity would not be allowed to thrive in the country’s education system.


“There is a lot of corruption everywhere; therefore, we have to go back to the drawing board and we have to all come together for this fight against the scourge,” she said.

The News Agency of Nigeria (NAN) had reported that JAMB Registrar, Prof. Ishaq Oloyede, had at an event revealed that some desperate parents were in the habit of paying up to 10 persons to sit for the examination for just one child of theirs.

“You will discover that such a candidate who goes to university with his or her picture is not the same as the one who wrote the UTME, neither was he nor she the one who wrote the WASSCE. “So, what is going to happen is for us to find a way of ensuring more synergy between the assessment bodies and the institutions, in such a way that all sharp practices are nipped into the bud.

“We are also looking at building mega CBT centres for our examinations but this we cannot also achieve alone. “We will also encourage genuine private investors who will now be the body that will accredit its own sub groups, just as we will also bring in the Computer Registration Council of Nigeria,” Oloyede said. (NAN).