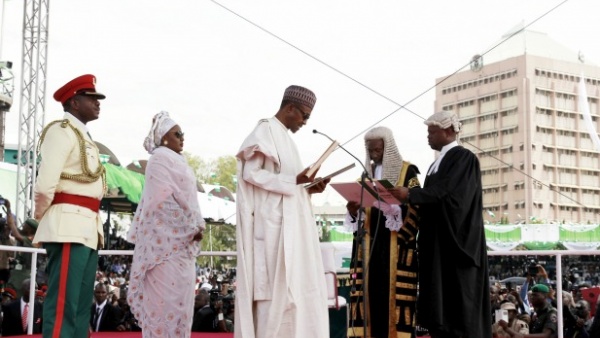 World leaders will not be part of the May 29 ceremonies for President Mohammadu Buhari inauguration for a second term in office, the Federal Government has disclosed.

Minister of Information and Culture, Lai Mohammed stated this yesterday while briefing State House Correspondents on activities for the programme.

He said: “Buhari’s inauguration for a second term on May 29, 2019, will be a low-key affair, hence the decision to exclude the world leaders.”

Mohammed disclosed that a number of events slated for the inauguration would now be held during the first observance of June 12, as the National Democracy Day, which the world leaders are expected to attend.

He explained that the decision for the low-key inauguration was taken during last week’s Federal Executive Council (FEC) meeting.

He, however, said invitations have been sent to all world leaders to attend the June 12 Democracy Day celebrations.


He added that details of the events slated for the two ceremonies would be unveiled at a world press conference slated for May 20, 2019 in Abuja.

President Buhari had directed immediate implementation of his order that the Democracy Day should be celebrated on June 12 instead of May 29.

The President complemented the directive with a posthumous award to the late Chief M.K.O. Abiola, who was acclaimed winner of the June 12, 1993 presidential election as the Grand Commander of the Federal Republic (GCFR).

The House of Representatives had in December last year also approved June 12 as Democracy Day in the country, following adoption of a report on a bill seeking to amend the Public Holidays Act 2004.

The lawmakers had approved the amendments to three clauses ‎in the Act, as recommended in the report. One of the clauses deleted May 29 as Democracy Day replacing it with June 12.