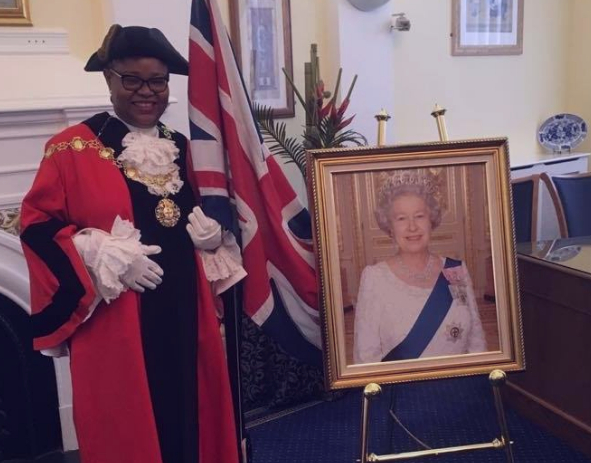 On Wednesday, Mrs Victoria Obaze who is from Imo state was inaugurated as the first black female Civic Mayor of London Borough of Tower Hamlets, United Kingdom (UK).

Mrs Victoria Obaze is said to have contested for the councillorship previously in 2010, 2014 and 2016 but lost before she won the in an election conducted on May 5, 2018 in Whitechapel Ward.

She also became the Council’s Deputy Speaker after her Councillor Colleagues nominated her from where she took over the mantle as Mayor of London Borough of Tower Hamlets.