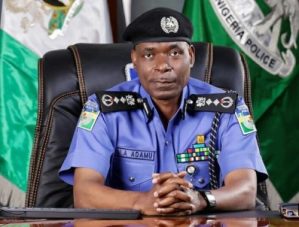 Adamu who spoke at a 3-day meeting of West African Police Chiefs Committee, WAPCCO, also said there was an urgent need for security and intelligence organisations of member states to create synergies among themselves.

The IGP noted that terrorism, drug trafficking and other crimes threatening regional peace and security, would only be successfully handled through the evolution of fresh ideas and strategies.

According to him, “This is a larger forum where the chiefs of other security services in the region will brainstorm and work with synergy with the police services within the region to fight common crime and insecurity bedevilling the region. The crimes such as terrorism, banditry, kidnapping, human trafficking are all common crimes that are affecting the sub-region.

“We know that our member countries have developed different strategies in dealing with various forms of crimes, however, we hope that this meeting will enable us to re-strategise and find common grounds where we will operate to prevent the criminals from moving from one country to the other to perpetrate their crime.

“So, the objective of this meeting is building synergy, how intelligence can be shared, how joint operation can be undertaken and all those things that are required   to keep the public space safe to create the enabling environment for   investment to thrive.”

Recall that the Heads of States and Governments of the Economic  Community of West African States, ECOWAS, established the West African Police Chiefs Committee,WAPCCO,  in 1997

It was formed with the aim to be an annual event designed to undertake periodic review of regional security issues and evolve strategies and frameworks geared towards combating various trans-border crimes including terrorism, drug trafficking, illegal proliferation of weapons and ammunition, human trafficking and Migrant Smuggling, cattle – herders activities, sea piracy, armed banditry as well as money laundering.

Another Nigerian Mrs Victoria Obaze has Been Worn into Office as Civic Mayor of London Borough of Tower Hamlets, UK