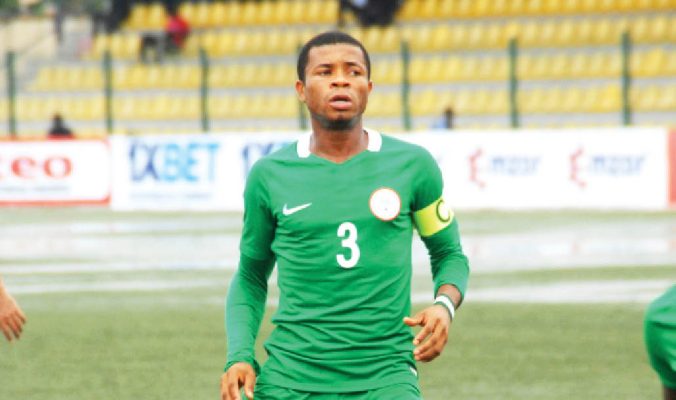 The captain of the National U-20 team, Ikouwem Utin and his team mates have expressed confidence that the Flying Eagles will do well at the 2019 FIFA U-20 World Cup in Poland. The Flying Eagles who arrived Poland yesterday from Germany for the final leg of preparations had camped for three -weeks at Bad Gogging on the outskirts of Munich

Team captain Ikouwem Udoh Utin told thenff.com that the camping exercise in Germany has helped the team blend very well. “Our time in Germany has really helped us to come together as a group, blend with one another as well as learn new things from our coaches,” Utin enthused.

“It has been a wonderful experience here in camp. The boys now understand one another better and we have perfected our plans as we go into the tournament. We want to make Nigeria proud in Poland and we will do our best not to disappoint Nigerians”.

IK Sirius of Sweden striker Henry Offia is also optimistic that the team will go far in Poland 2019 and the lessons learned in camp will go a long way to help actualise this aim.


“I’m really happy and grateful to be part of this team. This is my first time with any of the national teams and I’ll do my best not to disappoint,” Offia stated, adding: “We’ve had a good time in camp, learned a lot from the coaches and hopefully we put all into practice in Poland.”

17 -year old goalkeeper Jonathan Zacalla, who is also one of the new faces in the team believes this team will give their best in Poland.

Zacalla, who plays for Triestina in Italy also told the official that the camping exercise has helped develop his game which hopefully will translate to a good outing in Poland.

Nigeria will start her FIFA U20 World Cup campaign on 24th May against Group D foes Qatar before other duels against USA and Ukraine.

Giroud To Remain At Chelsea Next Season