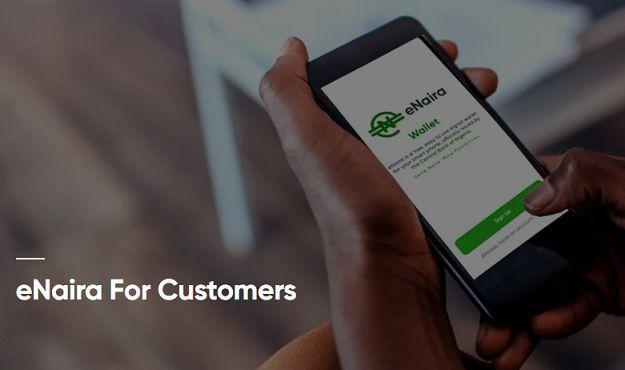 eNaira.com – The Nigeria eNaira official website is now opened. The Central Bank of Nigeria has finally unveiled the eNaira digital currency official website ahead of the October 1st launch date.

The eNaira is a digital currency that will be issued by the Nigerian Government to provide a form of digital denominated currency and can be used as a medium of exchange and store of value.

Contents hide
1 TRENDING NOW
2 What is eNaira Official Website?
3 What eNaira will do?
3.1 Trade and Investment:
3.2 Security
3.3 Revenue
3.4 Inclusion
4 Functions of the eNaira
5 What are the features of eNaira?
5.1 Unified Payment System
5.2 Peer-to-Peer Payment
5.3 Bank Accont Management
5.4 Contactless Payment
6 How Do I Store eNaira
7 How can I mine eNaira?
8 How to Buy eNaira?
9 How can I own the eNaira?
10 How can I contact eNaira Support?
11 The eNaira Platform – a Community that serves the public

This simply means one can transact monetary business with the eNaira. If peradventure you find yourself in a store, kiosk, supermarket, or any other places of business that you want to purchase goods or services, you can transfer eNaira to the sellers’ eNaira Wallet as a means of payment.

Note! This has been legally approved by the Nigeria Central Bank and the Federal Government of Nigeria as a medium of exchange.

With the eNaira, you can perform, fast, secure and cheap means of payment over the Cash currency.

If you have the eNaira digital currency stored in your wallet, you can simply process transactions in a faster and secure way without breaches and loopholes. Your digital currency is stored and saved in a secure location that no one can have or gain access to except you only.

The eNaira official website is https://enaira.com, any website outside this is a phishing website and hence should highly be prohibited from visiting. Remember this is a monetary site we are talking about, if you lose your digital currency to anyone there is no how you can recover it back or even trace it if the transaction is secured with an end-to-end technology.

What eNaira will do?

The eNaira will increase local and international trade, by enabling faster and cheaper businesses among nations of the world. This time, you do not necessarily need to convert your money to United States Dollars before buying a product or service outside. With the eNaira, your trade and investment are done better.

The eNaira will have better and strong security, unlike the physical Naira that has faked ones disperse all over the nation, there will not be an avenue to mint fake Digital currency, this is absolutely impossible.

Digital Currency will also foster revenue collection, by reducing the circulation of cash around the nation, and the method of revenue collection will be via blockchain technology, deducting from transactional fees.

The eNaira will create an environment for affordable and means of products and services that meets the people’s need, credit, and insurance, payment and saving will be done in a sustainable and responsible way.


Functions of the eNaira

The eNaira will function in a broader way, unlike the physical Naira, the eNaira has the following functions:

What are the features of eNaira?

What this means is, customers can transfer money from their bank account to the eNaira Wallet without any hustle and store for a longer period of time, where charges will not be deducted for ATM maintenance fees or SMS alert charges.

This feature will enable people to transfer money to others through the eNaira wallet or the eNaira.com – eNaira Official Website linked to an account or a card. This process will use blockchain technology to perform transactional transfers.

This enables two people transacting business to use the QR scanner enabled in the app to perform a seamless transfer by just scanning the barcode. Just the way you pair Xender to another Xender.

How Do I Store eNaira

You will need an eNaira wallet to store and hold the digital currency and the wallet is held and managed on a distributed ledger.

How can I mine eNaira?

As of the moment, you cannot mine the eNaira because it is not like the BTC, the eNaira is a digital currency and a liability on the Central Bank of Nigeria.

How to Buy eNaira?

The eNaira can be purchased exclusively from accredited agents from the CBN, and commercial banks.

How can I own the eNaira?

You can own the eNaira by simply download the official app from the Google play store, register and transfer fund from you local account toe ht eNaira wallet, as of the moment the app is not yet on the Apple playstore.

The eNaira Platform – a Community that serves the public

The eNaira platform allows you to interact and meet like-mind individuals who are willing and keen to take the eNaira digital currency to the next level, you can ask questions, answer questions.

You can become part of the eNaira platform by signing up with the official community portal on https://community.enaira.com. The eNaira platform will give you access to questions troubling the users, all complaints can be left on the platform for experts to answer.

How to Apply for Ongoing Nirsal Microfinance Bank Loan 2021