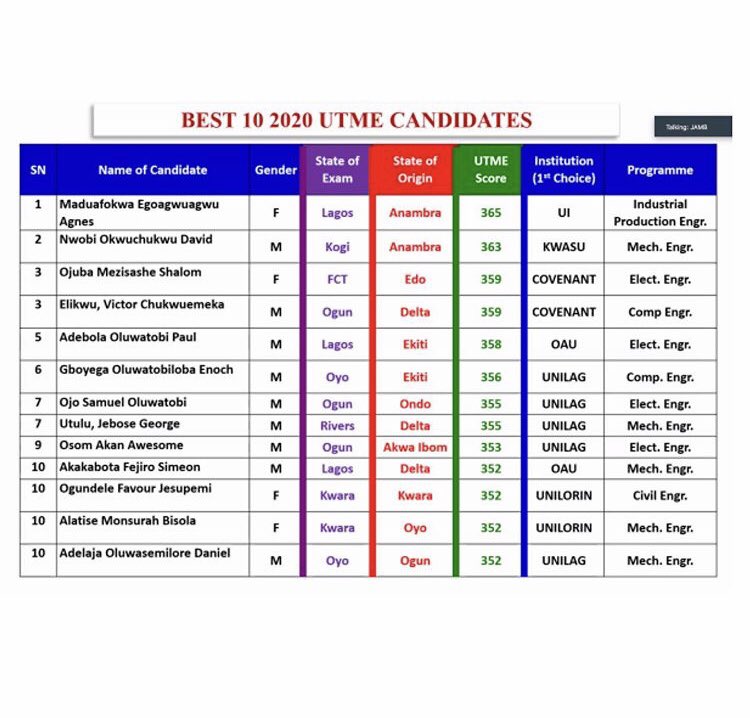 Two candidates from Anambra State outshone others with 365 and 363 scores, respectively.


They were followed by a candidate from Edo State with 359 while two candidates from Ekiti made the list on the fourth and fifth positions, scoring 358 and 356 respectively.

Another two candidates from Delta also scored 359 and 352 respectively.

Other states that appeared on the list are Ekiti, Ondo, Akwa Ibom, Kwara, Oyo, and Ogun states.

Here are the names of the candidates and their scores as released:

Lady who accused D’banj of rape has been arrested

Awoof! Get N10,000 Cash Giveaway For Filling a Survey